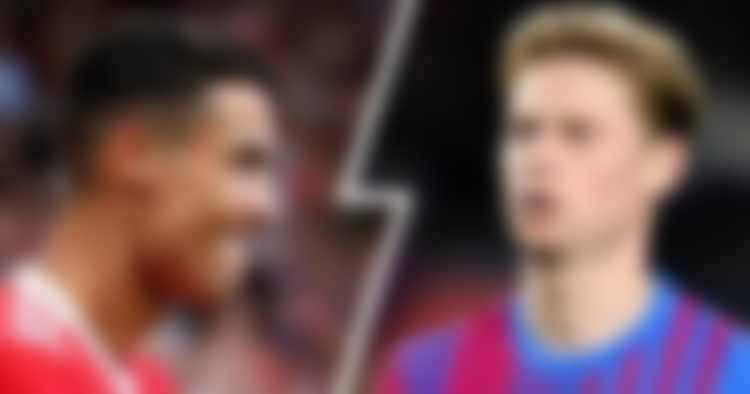 According to a report by Daily Star, Man United have made a whopping £395,000-a-week offer to Frenkie de Jong to tempt him away from Barcelona.

If he accepts the contract offered by the Red Devils, his salary would ‘eclipse’ those of the club’s highest earners such as David de Gea (£375,000-a-week) and Cristiano Ronaldo (£300,000-a-week). This would make him the highest paid footballer at the club.

The new manager, Erik Ten Hag has been trying to convince Frenkie De Jong to join him at Old Trafford. The Dutch manager views the midfielder as a great talent, and wants him to be the leader of the new project at the club. However, the Barcelona midfielder has made it very clear that he wants to stay at the Spanish club. One of the main reasons Frenkie is not agreeing on the move is that he wants to play in the most prestigious European competition, the Champions League.

In a recent interview to ESPN, Frenkie De Jong expressed his desire to stay at FC Barcelona:

“I prefer to stay in Barcelona, I’ve said it before. Barça is the club of my dreams since I was little. If other clubs call I will take the call, of course; It is something that is always done”

The Dutch midfielder has made 90 La Liga appearances since his £70 Million transfer from Ajax to Barcelona in July 2019, scoring eight goals. His skills and talents are well appreciated by the new boss, Xavi. On the other hand, Barcelona is in a deep financial situation involving a lot of debts. The only way that the club will be able to avoid Financial Fair Play regulations is by selling one of their star players.

The board counts the De Jong sale as one of the three potential player sales being pondered upon. They believe selling players can help push forward for the move to sign Robert Lewandowski and help the club’s financial situation. There is a feeling that Frenkie has to be let go for them to push forward on the deal for the Bayern Munich striker and clean up the club’s economical issues.