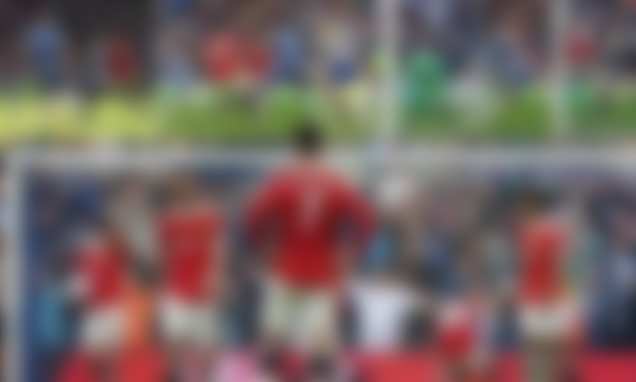 Manchester United has officially failed to qualify for the 2022-23 Champions League after losing to Brighton this weekend. The Red Devils will not be playing Champions League football next season after being thrashed 4-0 by Brighton, putting them mathematically out of contention.

Man United went into the game knowing that a little miracle was required. Arsenal led Manchester United by four points with two games remaining, therefore the Red Devils needed to win both of their remaining games while hoping Arsenal and Tottenham did not pick up any points.

Not only did they lose, but their European dream came tumbling down in a spectacular way as Graham Potter’s Brighton completely destroyed them. At the hour mark, chants of ‘You’re not fit to wear the shirt’ erupted as goals from Moises Caicedo, Marc Cucurella, Pascal Gross, and Leandro Trossard gave Brighton a 4-0 lead.

The slur may be construed in at least two ways: as a reflection on their once-mighty club’s never-ending procession of rubbish, which is now officially out of contention for the top four, or as an observation of elite athletes wheezing in useless, exhausted chases inside the first half. They were truly as bad as Brighton was fantastic.

To argue United lacked bravery is overly simplistic, not to mention a rehash of what has already been shown several times.

United have now surrendered 56 goals this season, their greatest total since the Premier League began in 1992. Manchester United fail to qualify for Champions League for the first time in their history.

What’s Next For Manchester United?

The Red Devil’s priority now is to ensure that they play European football next season under new manager Erik ten Hag. However, playing in the UEFA Conference League would be a disgrace for a big club like Manchester United.

Man United are now sixth in the Premier League rankings, one point ahead of West Ham United, who have two games in hand and three games remaining altogether.

Concerningly, it is still theoretically conceivable for United to lose out on European football entirely, with even a place in the Europa Conference League not assured.

Wolves have 3 games in hand and are 8 points behind Man United. Wolves will leapfrog the Red Devils if they win their remaining fixtures.

Fortunately for Man United, neither West Ham nor Wolves have favorable schedules. The former must still face Manchester City, while the latter must face both Man City and Liverpool.

Well, the bottom line is that Manchester United fail to qualify for Champions League 2022-23 season.