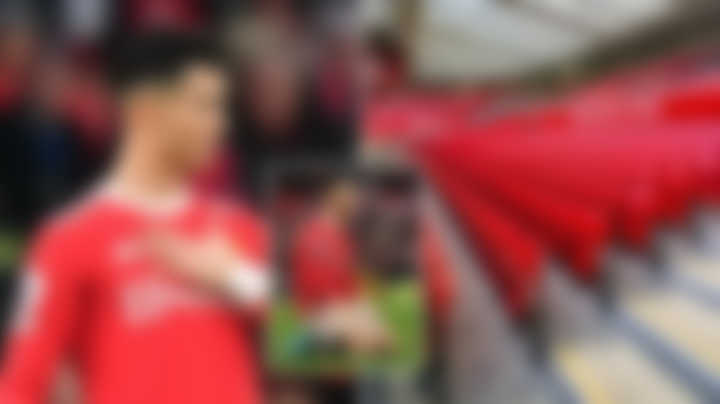 According to a report from The Times, Cristiano Ronaldo has requested to leave Old Trafford if the club receive a ‘satisfactory offer’ for him this summer.

The report also claims that Ronaldo’s decision to leave Manchester United is due to his desire to play in the most prestigious tournament in Europe, the Champions League. With a year left on his current deal at Man United, who will play in the Europa League this season, it appears that the 37 year old forward is considering his options.

Cristiano Ronaldo is still one of the best strikers in the world right now. Thus, the striker’s options are not limited. He has been linked with moves to Bayern Munich, Chelsea and Roma this summer. An insane comeback to Real Madrid might also be on the cards.

On the other hand, Manchester United are standing firm. Manchester Evening News reporter Samuel Luckhurst provided an update on the ongoing situation earlier.

Just like they said earlier in the week, when reports emerged surrounding Chelsea’s interest in Ronaldo, the club want to make it known that the five-time Ballon d’Or winner is not for sale.

However, this has not stopped Cristiano’s agent from looking for other clubs. His agent has reportedly offered the player to Chelsea’s new owner Todd Boehly. According to The Athletic, Boehly met Mendes in Portugal, where talks of Ronaldo making a move to Stamford Bridge this summer were discussed.

Fabio Petruzzi, who played at Roma for 11 years, told Italian outlet Retesport that he has information from his old club confirming they are in pursuit of the Portugal international.

“I know for sure from a very accredited person who works in the world of football that Roma is trying in every way to take Cristiano Ronaldo,” he said. “There would be some details to file, especially on image rights. CR7 will leave United.”

See also  “Next season we will see the best version of Messi ever”: PSG President Insists Lionel Messi Will Shatter All Records
29
SHARES
ShareTweet
Pin