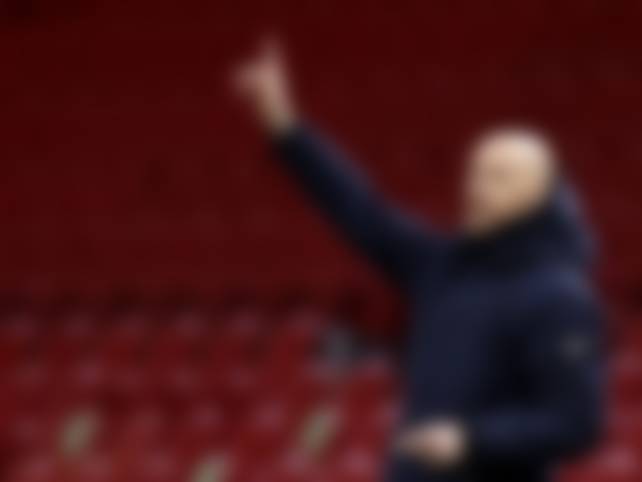 Ten Hag is close to signing a contract

The Dutch and Fabrizio Romano are sure that ten Hag is discussing the final details with the management of Manchester United on the eve of signing the contract. The compensation that is owed to Ajax – about 2 million euros, does not frighten the British. So much is given to Paul Pogba for a month of being in Manchester United, with whom the Frenchman is not on the way. But ten Hag understands the delicacy of the situation. He wants to know exactly what functions and capabilities the adviser Rangnik will have (they say Ralph supports the Dutchman’s candidacy).

Another important point on the way to an agreement is the presence of the right of veto in the formation of the composition. Ten Hag at Ajax, where Overmars and Van der Sar were in charge, was used to teamwork. Eric is consulted on both sales and purchases. The system is different in Manchester United, and no one adequately wants to enter with cut-off powers. It is also important for the new mentor to understand the tasks for the season so that unrealistic expectations are not fired, like Moyes. There are many nuances because the future of one of the main clubs in the world is at stake.

Manchester United missed the right coaching hand. And since Solskjaer was a follower mentor, the next one should prove himself differently. Remember how Ronaldo was signed through the hands of Ferguson and club legends, and not at the personal request of the Norwegian. Ten Hag does not want to be ready to be a scapegoat, because purely coaching tasks have accumulated at Manchester United. That’s what I want to talk about in more detail because even if they choose another coach, the conversation itself will not lose relevance.

1. Make Ronaldo the next Tadic

Do not look for humiliation for the football legend in this subtitle. Of course, Ronaldo is much higher in class than the productive and age Serb. But winger Dusan found himself at Ajax, first as a false striker, and then as a carrier of shells for Aller. Ronaldo failed to gain a foothold in Manchester United in such a way that neither his performance nor teamwork suffered. Most likely, ten Hagu will need the Portuguese to work next to the new striker.

Just as nations have a mentality, football clubs have a style. Real Madrid was rational and counter-attacking long before the birth of Kroos and Modric. Barcelona has long since become what it was meant to be. And Manchester United or Juventus achieve maximum results precisely when they understand their nature. Rooney, Lowe, Van Persie, Andy Cole, and van Nistelrooy played alongside incredibly prolific wingers. Among them are Giggs, Best or Ronaldo from the past. There were also guys like Charlton or Cantona. Bruno Fernandes claims a similar role, with whom they will sign an improved contract. But the Portuguese need a center of gravity in the penalty area. They call the youth from Brugge or PSV, they remembered Abraham. And it would be better to sign Harry Kane, he can succeed.

3. Break up with Harry Maguire

It is unlikely that ten Hagu will have the courage and political weight. But while Maguire is at the core of Manchester United, it is difficult for them, along with Lindelof or Varane, to defend De Gea better than this season. Manchester United is in tenth place in terms of goals conceded in the Premier League, and in twelfth place in terms of the quality of opponents’ chances. Defensively, Solskjaer and Rangnick’s team plays like an average team, like Aston Villa or Burnley. It is clear that the British are defending their own national team player Maguire. But Harry fits the structure of Southgate’s game and doesn’t fit the needs of Manchester United. The conditional Skrinjar, if he tried on the role of Vidic, could look much better at the base next to Varan. Ten Hag will not be allowed to sell Maguire, because this is an admission of a costly mistake. But if you manage to sign a strong defender to pair with the French Rafa, De Gea will have hope not to go crazy by the summer of 2023.

Roy Keane and Michael Carrick helped Ferguson. Now there is no man who can belay Bruno Fernandes, Sancho, and Ronaldo like Casemiro or Busquets in their clubs in the best seasons. The Catalan was remembered not by chance, in the modern world, the defender must “cut off” the opponent’s players with stinging passes. It is not easy to find a suitable candidate in the market, but you can take a closer look at Rice. Over the past year, he entered the list of the best players in the top 5 in terms of passing accuracy and interceptions. It cannot be said that Declan is an ideal candidate, the British usually overestimate their players. But players from the West Ham school often delight in richer clubs – Rio Ferdinand, Lampard, Joe Cole, Terry, or just Carrick. Rumors have also intensified about the transition to Manchester United of another Englishman from the center of midfield – Calvin Phillips. It is difficult to say whether they have enough class, but the gains have been waiting for.

Manchester United on the edge of the defense needs a lateral who can give such a pass as Alexander-Arnold in Lisbon. All big clubs cannot do without such game intelligence. Guardiola has Walker and Cancelo for that. Yes, and Zinchenko is a retrained attacking midfielder, he has complete order with game thinking. At Bayern, we see what Davis can do when his heart is not naughty after suffering a coronavirus. Wan-Bissaka has all the qualities to tackle the ball, but he and Shaw do not have anywhere near the attacking skills that the same Andrew Robertson has. Chilwell and James, when at their peak, attack better than their Manchester United counterparts. Ten Hag understands the value of flanks, they need to be rebuilt.

Manchester United create chances but they have only 40 Premier League goals and Liverpool has 77. It will be difficult to fit Bruno Fernandes, Sancho, and Ronaldo into a scheme with a new selfish center-forward. In this case, the pressure will suffer, which is not impressive even without a beginner. To play like Bayern with Gnabry, Sane, Müller, and Lewandowski on the field, the English club will not be able to. Only if they do not review the work of those who help the defense. Bruno Fernandes, Sancho, and Kane (if he comes) have to plow like Modric, Bale, and Benzema from the past, so that Ronaldo remains himself and brings value as a “wandering forward” with a pull to the left flank.

The dilemma of star players without positions that benefit their teams is not unique to Manchester United. Poor Neymar and the lost Messi are the first to come to mind. But if coaching preparations don’t appear, they don’t update Manchester United standards at two goals, they don’t increase ball possession by diluting with a huge number of shots on target – even Ronaldo didn’t help rise above Tottenham in his favorite parameter, then ten Hag will not be the savior of the club, but his next victim. Or Pochettino, or Zidane, or whoever.