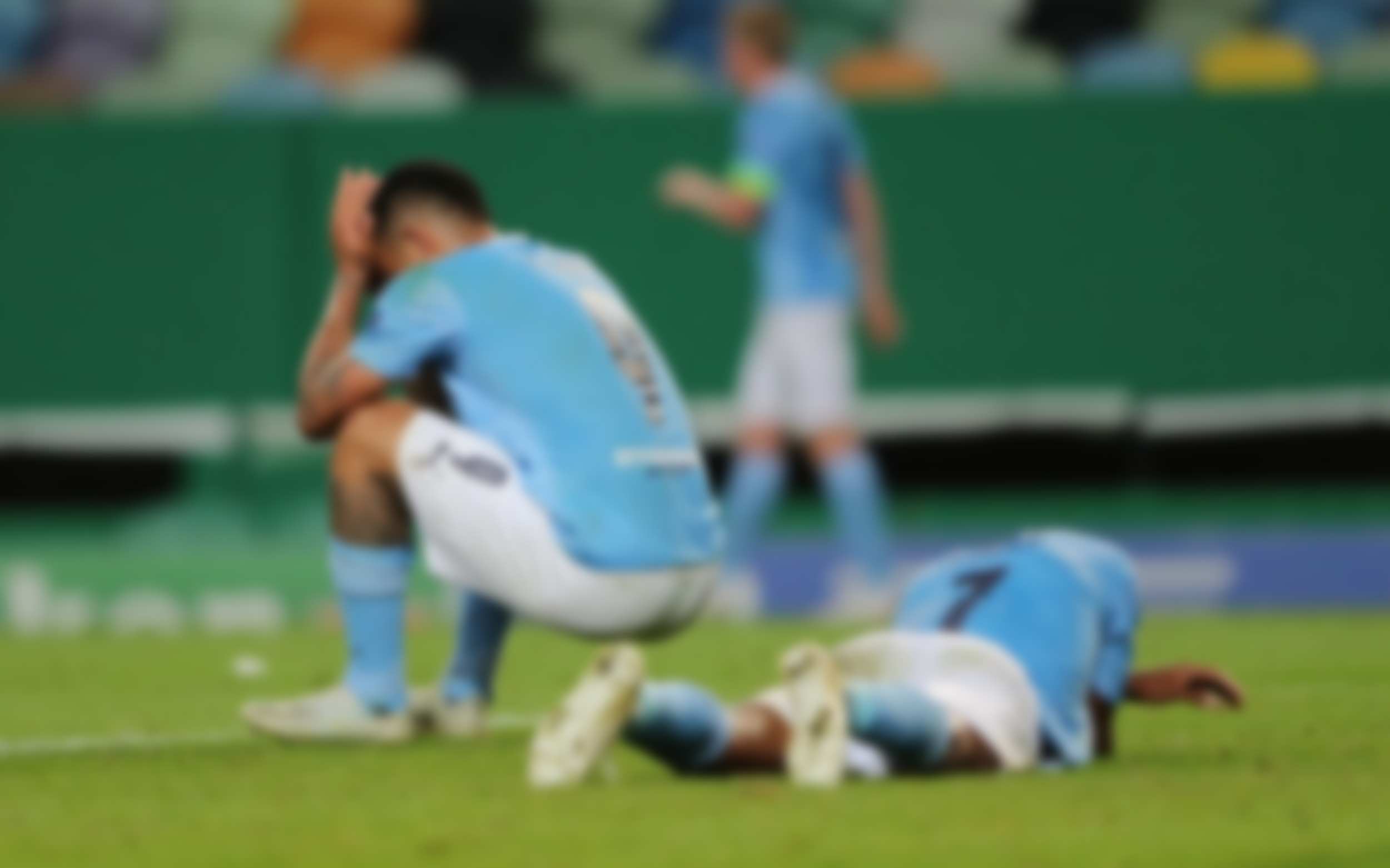 Lyon ensured that Manchester City had another disappointing night in the Champions League by succumbing them to a 1-3 defeat. Widely considered to be the tournament favourites, City will have to try again next year.

City manager Guardiola, who named a five-man defence with x and y starting with Fernandinho, is still looking to get past the quarter-final with City during his three-year tenure at the club until now.

Lyon took the lead with a curling strike from Maxwel Cornet in the 24th minute of the game. After Ekambi and Eric Garcia duelled for the ball, it fell to Cornet’s feet who struck the ball sweetly past Ederson who was caught off the line. Cornet previously scored in both Lyon’s meeting against City in the group stage of 2018-19 UCL season.

Guardiola decided to revert to a four-man defence before the hour mark, introducing Mahrez for Fernandinho. Kevin De Bruyne made an excellent run into the box and finished Raheem Sterling’s pass with aplomb to equalize the scoreline.

3 – Since progressing from his first seven Champions League quarter-finals as a manager with Barcelona and FC Bayern München, Pep Guardiola has been eliminated in each of his three appearances at this stage of the competition with Man City (17-18, 18-19 & 19-20). Crushing. #UCL pic.twitter.com/szeEW7qLWG

Dembele raced into a pass left by Ekambi and struck the ball through the legs of Ederson. Laporte, who was marking Dembele, fell to the ground during the buildup. While it was checked for a possible foul on City’s defender but the goal stood after VAR’s review.

Dembele struck again in the 87th minute to make sure that the game was beyond City’s reach. Ederson had a night to forget, as it was his error that led to the third Lyon goal. He spilled Houssem Aouar’s shot and Dembele was there to pounce on the loose ball into the back of the net.

Lyon will now face Bayern Munich in the semi-final.