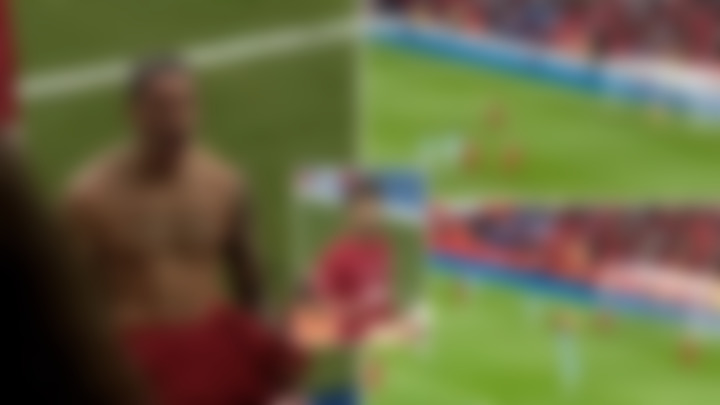 Darwin Nunez instantly silences his critics after he came off the bench and dropped a world-class performance against Liverpool’s title rivals. Liverpool defeated Manchester City in the dramatic Community Shield match to deal the champions their first loss of the year.

This surging data suggests that we are in for another spectacular title race, one with the potential for a different result in May.

Even though Manchester City, winners in four of the past five years, had class at the King Power, Jurgen Klopp’s “mentality monsters” flattened them in no uncertain terms.

Liverpool just looked the sharper side as they steam-rolled the defending English champions. The Reds were moving differently: the attack was so unpredictable as they switched the play from left to right and vice versa.

Trent Alexander-Arnold scored the game’s first goal in the 21st minute for Liverpool, who started the game without Darwin Nunez. His first-time shot got a small deflection off Nathan Ake’s head and slid in just inside the post.

The Liverpool right-back then hit the “shush” celebration, shutting off his critics instantly. It was a perfectly crafted goal from Jurgen Klopp’s side.

Manchester City’s star signing Erling Haaland struggled to find any space behind Liverpool’s defense all game. Even while everyone was focused on Haaland, it was another summer signing – Julian Alvarez – who tied the score in the 70th minute.

After Phil Foden’s attempt was stopped by Adrian, Julian Alvarez remained vigilant and scored the equalizer from close range. The goal was given after a protracted VAR review. Manchester City’s fans went berserk after the equalizer.

However, the goal didn’t help Manchester City stay even for very long. Darwin Nunez started a scintillating Liverpool move and caused Ruben Dias to handball in the penalty area, which led to a penalty being given by VAR. Mo Salah easily converted the penalty to give Liverpool the lead again.

In the stoppage time, Klopp’s team was certain of victory when Darwin Nunez scored the goal to give Liverpool a two-goal lead and guarantee a flawless start to his Anfield career.

Even though Nunez only played for 30 minutes after coming off the bench, his impact on the game was unreal. His positioning and attacking runs were causing havoc in Manchester City’s defense.

The Uruguayan international Nunez was substituted on the field soon before the hour mark to replace Sadio Mane, who joined Bayern Munich from Benfica.

Darwin Nunez nearly had the ideal start to his Liverpool career when he grabbed Jordan Henderson’s expertly weighted through pass, but instead his shot was saved by Ederson.

But that didn’t discourage the Uruguyan striker as he kept terrorizing City’s defense. Nunez started a brilliant Liverpool attack and won a penalty for Liverpool as his header struck Ruben Dias’ hand.

Nunez still had time to get his well-deserved goal as the £64 million player secured the victory and finished up the domestic title set for boss Jurgen Klopp. Darwin Nunez goal was an absolute work of art as Liverpool’s new attacking players showed what they’re capable of.