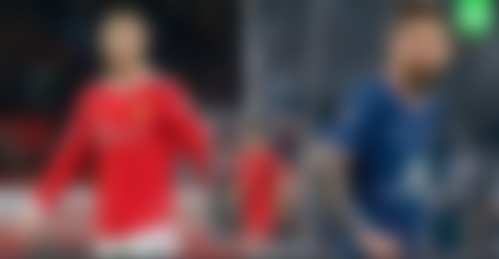 The rivalry between Cristiano Ronaldo and Lionel Messi is one for the history books. One can say that it is the biggest rivalry in sports history. And what is more intense is the fight between their fans over who is the greatest footballer of all time. The GOAT debate is always split up between these two superstars and football fans all around the world are always engaged in the rivalry for the greatest.

Luis Diaz is the latest footballer to jump on the never ending GOAT debate. The winger has been nothing short of amazing since his arrival at Anfield. He has been a very crucial part of their Champions League campaign, leading them to the final on May 28 in Paris.

According to Mundo Deportivo, Luis Diaz has said that he prefers Barcelona over Real Madrid. Similarly, the young Liverpool forward prefers Lionel Messi over Cristiano Ronaldo.

The biggest rivalry was formed during the times when Messi and Ronaldo were in La Liga at Barcelona and Real Madrid respectively.

Lionel Messi managed to make history, scoring a stunning 672 goals and contributing 303 assists in 778 appearances at the Camp Nou. The Argentinian forward won seven Balon d’Or awards as well as nine Player of the Year awards’.

On the other hand, Cristiano Ronaldo managed to make history, becoming one of the best players to step foot in the Los Blancos colors. The Portuguese striker scored 450 goals and 132 assists in 438 appearances as a Real Madrid player. As far as individual trophies are concerned, Ronaldo won five Ballon d’Ors as well as two La Liga Player of the Year awards.