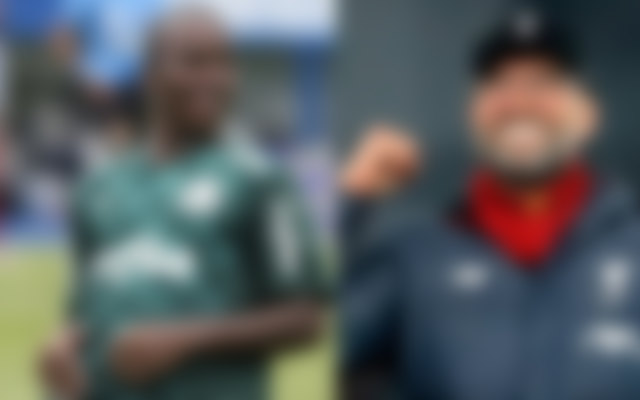 It has been rumoured that Premier League powerhouses Liverpool has launched an official bid to sign Palmeiras wonderkid Endrick, who is also of interest to Real Madrid and Barcelona

According to a report that was published on the YouTube channel of Brazilian journalist Jorge Nicola, Liverpool has made contact with the Brazilian club Palmeiras to inquire about the possibility of acquiring their 15-year-old centre-forward Endrick, who is also of interest to Barcelona and Real Madrid.

The Reds were first mentioned in connection with the player in January of this year, but the rumours eventually cooled down and didn’t start up again until more recently. The wonderkid from Brazil, who will be 16 in the following month, has garnered the attention of the Reds for quite some time. However, it is not anticipated that Liverpool would make an offer this summer, with Barcelona and Real Madrid also keeping a close eye on the situation.

See also  “No point in making signing in any other position till we sort out our midfield”, Fans react as Chelsea set for a €70 million deal for Christopher Nkunku

Nicola disclosed the news that Liverpool had merely conducted an official inquiry, but that the club “didn’t go farther” than that with their interest. “Liverpool has discussed the potential of submitting a bid at a later date. But didn’t get any farther than a poll for the time being,” he remarked.

However, Liverpool is not the only team displaying an interest in the adolescent prodigy, as several other major clubs from around Europe are keeping a careful eye on his development. It has been reported that Barcelona, Manchester United, Paris Saint-Germain, and Real Madrid are all monitoring Endrick’s situation closely.

Will Liverpool submit a bid?

On July 21, Endrick will be 16 years old, and the day after his birthday, he will sign his first professional deal with Palmeiras. According to Nicola, the teenage striker will have a release clause of €40 million in his first season with the Brazilian team. After that, it will grow to €50 million and then €60 million in the years that follow.

Endrick is seen by the Reds as a player who has potential for the future. Nonetheless, Barcelona, Real Madrid, and other clubs are seen as front-runners for his signing. Because of this, Liverpool will need to move swiftly if they want to have any chance of signing the promising young Brazilian player.

As they prepare for another season in which they will be in contention for trophies, Liverpool has already completed three acquisitions so far this summer. Aberdeen’s right-back Calvin Ramsay and Fulham’s 19-year-old forward Fabio Carvalho have both joined the team.

The Reds have made a splash by bringing in Darwin Nunez, formerly of Benfica. After a spectacular season with the Portuguese club, the Uruguayan striker, who is 23 years old, has signed for them in a deal for €75 million. During his time with the Portuguese side, he scored 34 goals in 41 games and added four assists.