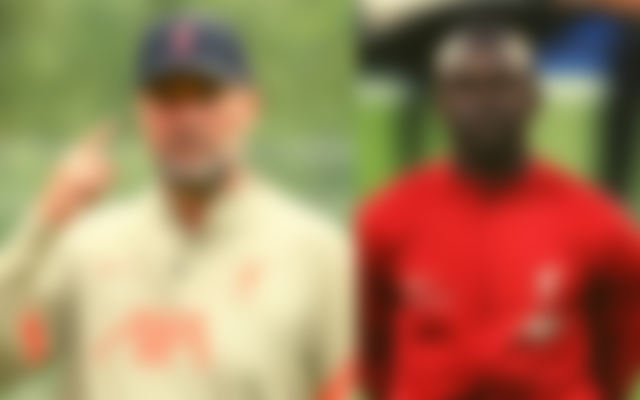 According to reports, Liverpool’s response to the most recent offer made by Bayern Munich for the winger Sadio Mane was underwhelmed

The most recent offer that Bayern Munich made for Senegalese international winger Sadio Mane was turned down by Premier League giants Liverpool, as reported by The Times.

The 30-year-old winger was one of the first important purchases made by Jurgen Klopp for the club. He has been an integral part of the Reds’ success ever since. Mane has been a regular at Anfield for the last six years and has brought home every conceivable trophy with Liverpool. It would seem that Mane is now prepared to take on a new challenge. It would appear that he will be moving to Bayern Munich.

Bayern Munich has made their second offer for Sadio Mane

The giants from Bavaria are interested in acquiring Mane. But Liverpool has not been presented with conditions that are satisfactory to them. Bayern’s first offer, which was somewhere around 25 million pounds, was turned down by Liverpool the week before. They haven’t had any luck with their second offer either.

The Merseysiders scoffed at Bayern Munich’s most recent offer, which was worth £30 million plus incentives. They estimate that their star striker is worth almost £42.5 million. There is a significant amount of distance that has to be made up. It seems that Liverpool is not moving in their value at all.

The most recent offer that Bayern put out consisted of a fixed payment of £23.5 million, with the remaining £6.5 million to be paid out in incentives. Because these provisions depend on Mane winning three UEFA Champions League championships or three Ballon d’Ors, Liverpool has every right to consider them very improbable at this point. Mane, who is now 30 years old, is not getting any younger. The odds of him fitting either condition look to be quite remote at this point.

The Reds have decided that there is no need for face-to-face discussions until Bayern Munich makes a real offer. They have expressed their displeasure with the lowball offer that they received from Bayern Munich. Mane’s current deal with Liverpool only has one year remaining. Therefore, he will be a free agent in the summer of 2023 if he decides to leave the club. Despite the potential consequences, it seems that Liverpool is prepared to take a stand.

Even at the age of 30, there are still a few years of dominance left in Mane. His success as a striker after the 2021/22 season may indicate that this position is best suited for him moving forward into the subsequent seasons. Given the possibility that Robert Lewandowski will leave the Allianz Arena to play for Barcelona, Bayern needs a player of this calibre.

To their credit, Liverpool seems to be doing the same thing and moving on. They are getting very close to concluding a deal for Darwin Nunez. It seems like Jurgen Klopp’s new-look frontline is starting to take shape. If Liverpool decides to sell Mane, it would be the end of an era for the club. It seems that the Reds would want to do it on their own terms.