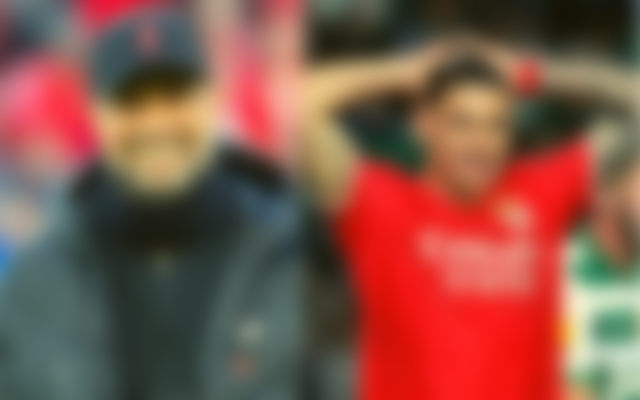 An agreement on personal terms has been reached between Liverpool and the Benfica striker Darwin Nunez. This brings the Reds’ pursuit of Nunez one step closer to fruition

An Italian journalist, Gianluigi Longari, has just provided an update on the situation involving Darwin Nunez. According to a post that the transfer expert made on his Twitter account, it seems that Liverpool is getting closer to completing the acquisition of the SL Benfica striker. He has reportedly reached a personal terms agreement with the club.

In light of the uncertainty surrounding Sadio Mane’s future with the club, it may be a move in the right direction for a Liverpool team that is searching the market for striking reinforcements. The Senegalese striker has lately made hints that he would want to leave Anfield after a fantastic stint at the club in which he won both the Premier League and the Champions League. During his time at Liverpool, he was a part of the team that won both titles.

Liverpool has agreed to personal terms with Darwin Nunez

Mane’s name has been mentioned often in connection with a transfer to Bayern Munich. They are reportedly looking at him as a potential successor to Robert Lewandowski at the club. The Polish assassin has said that he wants to leave Bavaria in the summer. It seems that Barcelona is optimistic that they will be able to complete the transfer.

Bayern Munich is prepared to pay forty million euros to get Mane’s services. Even though his current contract at Anfield is set to expire after next season, this offer is fair for a player of his calibre and represents good value.

Liverpool is planning to use the money they get for the sale of Mane to bankroll a move for Nunez. The young Benfica superstar has only been with the club for two years. But in that time, he has already shown enormous promise. He has impressed spectators with his speed, adaptability, and, most crucially, his ability to score goals.

What’s the status of the transfer?

This past season, Nunez played in 28 league matches and scored 26 goals for his team. The teenager has not only scored six goals in the Champions League but has also excelled in the Portuguese first division. His accomplishments have not been limited to only those competitions. In the group stage, he played a pivotal role in the team’s victory against Barcelona. In the knockout stages, he scored twice against Liverpool.

However, there is a possibility that the Uruguayan may join Liverpool soon and compete in the next season alongside players like Mohamed Salah, Diogo Jota, and Luis Diaz.

The burden of negotiating a transfer price with Benfica falls on Liverpool, given that personal terms have already been agreed upon. Recent rumors indicate that the Reds have made an offer for the services of the 22-year-old that is about 100 million euros in value. It will be intriguing to watch what the future holds for the young Uruguayan this summer. This is especially given the fact that archrivals Manchester United are also interested in the pursuit of the player.