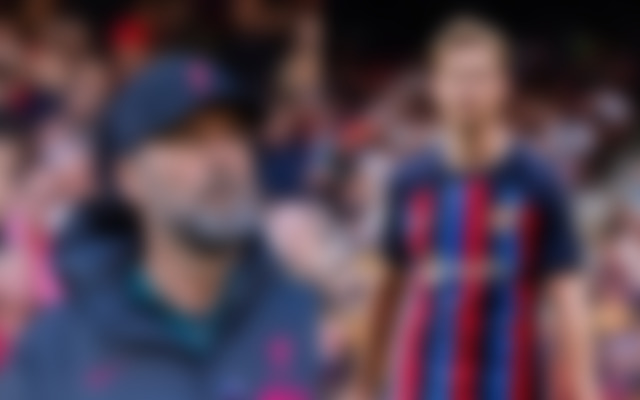 Liverpool Transfer News: There have been rumours that Liverpool is interested in signing Frenkie de Jong, a midfielder for Barcelona who is on the market for €80 million

Liverpool Transfer News: Liverpool is reportedly interested in acquiring Frenkie de Jong from Barcelona at the season’s conclusion, as reported by Spanish publication Fichajes. The Dutch international will cost the Reds roughly €80 million in transfer fees.

Many media outlets reported that Manchester United was interested in signing the 25-year-old player during the summer transfer window. Even though de Jong was offered a transfer to Old Trafford, he chose to remain with Barcelona instead. United are still keen on signing the Dutch midfielder.

It would imply that Jurgen Klopp is a fan of the Dutch midfielder and would want to enhance his team’s midfield with someone who has more skill and finesse. De Jong’s pinpoint passing will aid Liverpool in creating space between the lines. The Dutchman also possesses a strong work ethic and will make defensive contributions.

The Barcelona midfielder can help push the ball up the field, making him a potential pairing partner for Thiago Alcantara and Fabinho. Liverpool will need to find suitable replacements at the conclusion of the season for players like Jordan Henderson and James Milner, who are far beyond their prime.

It is unclear whether Liverpool will meet the €80 million asking price for the Dutch international midfielder this summer. Although de Jong was put up for sale at the beginning of the season, he has demonstrated his worth by maintaining a starting position for Barcelona.

The Dutchman has the talent to succeed in the Premier League, and a coach like Klopp could help him reach even greater heights. If a transfer to Liverpool is to occur, however, it seems likely that Barcelona will have to reduce their asking price from the current €80 million.

See also  “No point in making signing in any other position till we sort out our midfield”, Fans react as Chelsea set for a €70 million deal for Christopher Nkunku
25
SHARES
ShareTweet
Pin