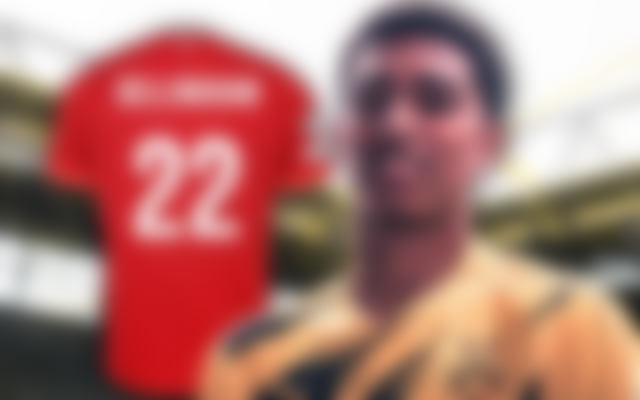 According to reports, Liverpool is optimistic that they will be able to beat Manchester United and Manchester City with the signing of Borussia Dortmund star Jude Bellingham

The English newspaper The Sun reports that Premier League heavyweights Liverpool are optimistic about their chances of signing English midfielder Jude Bellingham despite competition from their fierce rivals Manchester United and Manchester City.

The youngster, who is just 18 years old, is already a starter for Borussia Dortmund and is building a name for himself in the Bundesliga with his exploits. Bellingham has previously competed at the senior level for both the Germans and Birmingham City. As a result, he is capable of performing well right away.

The young player, who is already a full-fledged English international, has a very good chance of being selected by Gareth Southgate to represent England in the 2022 FIFA World Cup, which will be held in Qatar. It should not come as a surprise that his stock will continue to improve in the coming months given the direction that his career has gone up to this point.

See also  REPORTS: Liverpool Take A Decision Regarding The Future Of Alex Oxlade-Chamberlain

The manager of Liverpool, Jurgen Klopp, is a supporter of the youngster and is interested in following his development closely. If talks between the two teams reach that point, the German’s friendship with Dortmund may be of assistance in such discussions.

The Reds have access to a roster of world-class players, but their midfield is getting on in years and is not getting any younger. Jordan Henderson and Thiago Alcantara are both in their thirties, while James Milner is now 36 years old. While Fabinho is not going to be able to participate in every game for Liverpool, Curtis Jones and Harvey Elliott need to work on improving their talents so that they can become regulars.

The department would be prepared for the future thanks to the addition of Bellingham, which would also provide Liverpool with a long-term answer to their demand. It is possible for him to take Henderson’s position at Anfield and for him to go on to play an equally important role there in the years to come.

Even if both Manchester United and Manchester City are interested in acquiring the services of the young player, the Reds continue to have confidence in their ability to close the deal. A transfer to Old Trafford is unquestionably a step in the wrong direction because Manchester United is no longer the dominant force in English football. Erik ten Hag will have the goal of bringing in a new era, but the Dutchman has a long and arduous path ahead of him to get there.

Will Liverpool make a move for Jude Bellingham?

In addition, Manchester City might need a midfielder, and they have reached an agreement to purchase the top player for Leeds United, Kalvin Phillips. It is possible that as a result of this, they will be forced to play a secondary role in the pursuit of Bellingham, ceding the initiative to Liverpool.

Liverpool is not discouraged from making preparations for the summer transfer window in 2023 even though Borussia Dortmund is not eager to move their top player this summer. The Reds have placed a high emphasis on signing Bellingham, and they may make a significant offer to secure his services. The Merseyside giants have shown in the past that they are not afraid to spend whatever it takes to get their first-choice players.

Liverpool has been diligently working behind the scenes to put the finishing touches on their next great moment. Diogo Jota, Luis Diaz, Ibrahima Konate, Fabio Carvalho, and Darwin Nunez are the latest young players to join a team that already has Trent Alexander-Arnold, Jones, Elliott, and Joe Gomez, amongst others. Their additions make the roster one of the youngest in the league. The inclusion of Bellingham into that mix will unquestionably provide the groundwork for yet another period of domination.