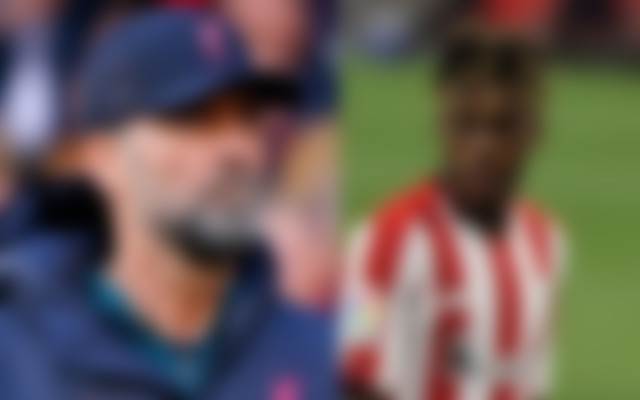 According to reports, Liverpool is in the lead to acquire 20-year-old Spanish international Nico Williams from Athletic Club at the conclusion of the season

Overall, Athletic Club’s Nico Williams has had a fantastic season. Fichajes, a Spanish media site, reports that Liverpool will scout the 20-year-old winger during the 2022 FIFA World Cup.

It remains to be seen whether Luis Enrique will provide Williams with significant playing time in Qatar. The 20-year-old has been fantastic for Athletic Club this season and might make a huge impact for Spain at the World Cup.

Fichajes believes that Liverpool manager Juergen Klopp has requested the club’s administration to acquire a quality winger who can impact games while coming off the bench. With this development, the Spanish international is already within striking distance.

In the absence of players like Diogo Jota and Luis Diaz, the Reds have been forced to employ midfielders in unconventional places due to a lack of wide-area depth. Williams is a true winger and might be a fantastic investment for the Reds in the long run.

The 20-year-old international for Spain has scored four goals and assisted on four more so far this season. Further, Liverpool may find him to be a wise long-term investment. Although Liverpool are presently in the lead, it is believed that other European teams are also interested in Williams.

Williams could be intrigued by the prospect of playing under Jurgen Klopp because of the German coach’s history of developing promising young strikers. He may be able to reach his full potential under Klopp’s tutelage.

This 20-year-old Spanish international is under contract with Athletic Club until the summer of 2024. In addition, if he continues to refuse to sign an extension with them over the next few months, it would make sense to sell him over the summer.

The Basque club can recoup some of his salary to put back into the team. Given Williams’ contract situation, Liverpool would be able to acquire his services for a fair price.

See also  “Anyone up for dinner…”, Gary Neville comes up with a hilarious reaction to Cristiano Ronaldo criticising him in his interview
32
SHARES
ShareTweet
Pin