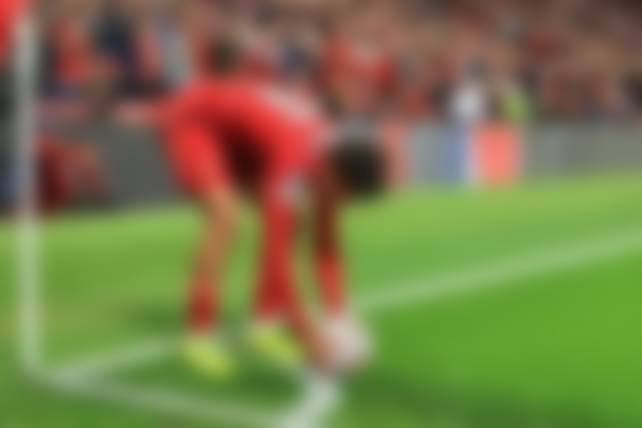 Liverpool is a monster of corners, they score the most in Europe.  Electrodes on the head helped❗️

Liverpool made a powerful bid to reach the semi-finals of the Champions League – Benfica was beaten 3-1 in Lisbon.  It all started already quite familiar for Klopp’s team – they scored after a corner.

Robertson found Konate at the far post as the French defender headed in the first goal for Liverpool.

Liverpool is the best in the Premier League in terms of corners.  And this is not the first great season.

Corner kicks are a terrible weapon for Liverpool.  This season, the Reds have already scored 16 goals only from corners (12 in the Premier League, two each in the Champions League and cups).

In terms of standards, Klopp’s team is the best in the Premier League, 15 goals (not only corners but also free kicks).  More, if we take only the domestic championships, only Roma, Bayern, and Freiburg score in this way (16 goals each).

In the winter, when Salah and Mane left for the Africa Cup of Nations, Liverpool had a series of five matches in which the scoring was opened precisely after the standard.  The first match of the 1/8 Champions League against Inter also got into it – then Firmino scored.

Now Konate excelled.  The goal did not become victorious, but revealed the game of Benfica and simplified the task for Liverpool.

Successful work with standards has been going on for several years: Klopp’s team scored a lot in the 2018/19 season (winning the Champions League) and then in 2019/20 (won the Premier League).  The statistics got a little worse last season, but then all the main central defenders, who were most often targeted for corner kicks, dropped out.

In the summer, we worked on the standards with neuroscientists.  They put electrodes on Trent and looked for the “zone of automatism”

We can thank the German company Neuro11 for the success of this season, it is developing the mental strength of professional athletes.  The company was created by two Germans from the University of Bonn – Patrick Hanchke and Niklas Hausler, it works with some Bundesliga clubs.

Klopp and his assistant Pep Leinders (he is the most obsessed with innovation in the training process) entered Neuro11 even before the start of the pandemic, but the coronavirus prevented them from working together.  As a result, cooperation began only this summer.

“Juergen and I believe in these guys and their idea.  The advantage that all this gives, Leinders said.  “We want to add stability to this aspect of the game.  For example, with the cancellation of the away goal in European competition, there will be more penalty shootouts.  The Euro proved that standards decide the course of matches.  So it was and so it will always be.  Patrick and Niklas gave us a new impetus in the development of the accuracy of serves and shots.  I really hope it pays off.”

At the training camp, Liverpool players put electrodes on their heads and practiced set-pieces – penalties, corners, free kicks, throwouts.  And specialists measured their brain activity.  In theory, the players should not think about what they are doing but should perform automatically.  The goal of the entire program is to help them reach this “zone of automatism”.

“It’s a very individual process,” Hausler explains.  – We look at brain activity right during the execution of set pieces, so we understand when a player enters the “zone” and what can knock him out of it.

Someone needs to focus on only one thing – the goal of the serve or the ball.  Another is to quickly switch attention between the target and the ball in order to enter the “zone” state.  These are just two examples, but there are more aspects.  We explain this to the players – as a result, they understand themselves better.”

Neuro11’s work is already bringing titles to Liverpool.  It was neuroscientists who helped Klopp hone the penalty shootout ahead of the League Cup final.  As a result, they scored 11 shots out of 11 and took the cup.  But the zone of responsibility of scientists extends to the corner ones.

With such a scientific approach, it’s no surprise that Klopp’s guys have become corner monsters.