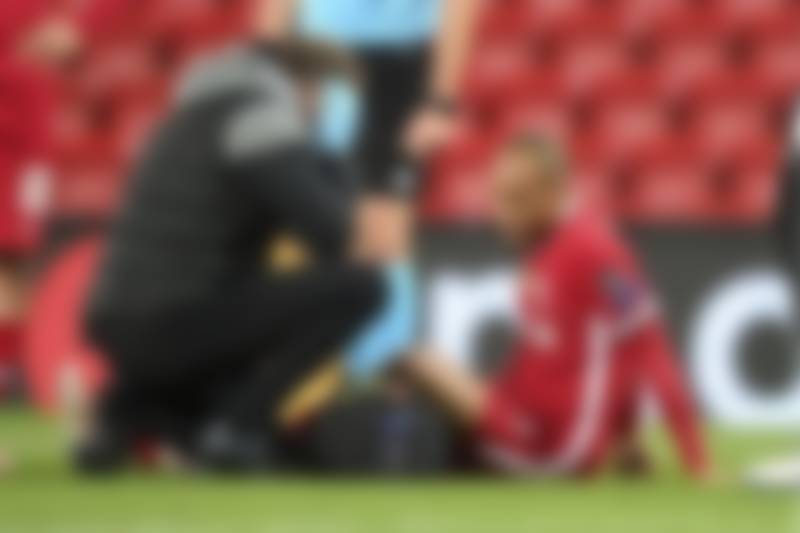 Today we will be looking at the Liverpool FC Injury Crisis and how many players are out of the first team. Liverpool kicked off the season looking strong as ever and won their first four matches. But things started to go wrong after their horrible 7-2 defeat against Aston Villa. The team did improve their performances after that defeat but out of the blue, they started to face injury problems. And now, NINE first-team players are out injured or because of the covid restrictions.

Liverpool now has NINE first-team stars out injured after Jordan Henderson picked up a knock on England duty. Big names including Virgil van Dijk, Thiago, Trent Alexander Arnold, Mo Salah, Andrew Robertson, and Joe Gomez are facing injury problems and are out of the first-team.

Liverpool FC Injury crisis has become horrible by the passing time and it’s not a good phase for those Liverpool supporters out there. With Jordan Henderson picking up a knock, Liverpool is now without their 9 first-team players and things are not looking good for the reigning English champions.

Jordan Henderson has been withdrawn from the England squad due to injury. He will now be assessed by Liverpool to see the extend of his injury. (Paul Joyce).

Egypt’s ministry of health confirmed the positive test of Mo Salah for COVID-19. But they are looking to assess the results further. Mo Salah could return to England if he tests negative for COVID on Thursday.

“Salah is currently in El-Gouna to complete his quarantine and he will conduct another PCR test on Thursday, and I expect that his result will be negative. Salah can return to England if his test result on Thursday is negative.”

Left-back Andrew Robertson is a doubt for Scotland’s game against Slovakia after pulling his hamstring in the previous game. Shouldn’t be anything too concerning as he is still with the national team.

Manager Steve Clarke said, “Andy Robertson is the most doubtful out of the ones who have a wee question mark over them.”

Before Robertson’s injury, Joe Gomez got injured in the knee during the England national team training. The England Squad confirmed that Joe sustained a knee injury in training forcing him to be left out of England’s squad for the rest of the international break. Joe Gomez then underwent successful surgery to repair a tendon on his left knee. No timeframe has been placed on his recovery, but he is expected to be out for a large part of the remaining season. So as things stand, Liverpool FC injury crisis is not looking good.

In midfield, Fabinho, Alex Oxlade-Chamberlain, and Thiago Alcantara have all been struggling with injuries. Fabinho pulled up with a hamstring injury in the first half of the Champions League win over Midtjylland. Thiago has been struggling since being kicked by Everton’s Richarlison in the heated clash with Everton.

Before that, Liverpool’s talisman and leader Virgil van Dijk suffered an ACL injury after a horrific challenge from Everton’s goalkeeper Jordan Pickford. Virgil van Dijk is out for the remainder of the season – we wish him a speedy recovery.

What should you expect from this situation?

As you know Liverpool FC injury crisis is not looking good and most of the first-team players are out injured, it’s time for the youngsters and academy’s finest players to shine.

Neco Williams will likely start at right-back, with summer signing Kostas Tsimikas starting on the left after recovering from an injury of his own.

At centre-back, Jurgen Klopp will put his trust on injury-prone Joel Matip and he will hope that Joel Matip remains fit for the rest of the season. Klopp has also got two other options in Rhys Williams and Nat Phillips – both looked sharp on their debuts as they kept a clean sheet in their respective debut matches.

In midfield, Liverpool will have youngster Curtis Jones to step up, with Naby Keita also looking sharp and back to training. Liverpool FC will also hope Thiago has fully recovered after the international break.

Attack is not a problem for the Red side from Merseyside, as their summer signing Diogo Jota has been in a spectacular form since the arrival.