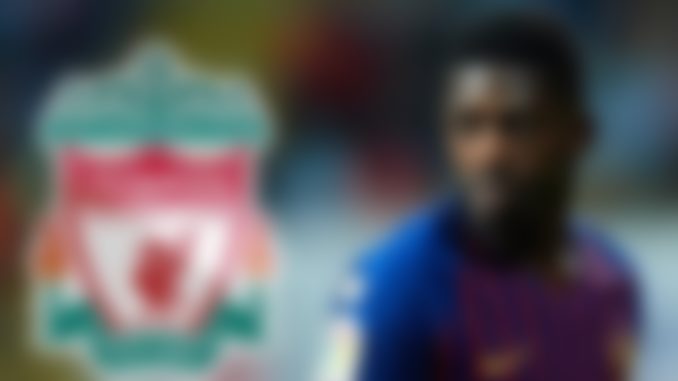 It has been claimed that Ousmane Dembele, a star player for Barcelona, has received a contract offer from Liverpool. This comes on the heels of interest from Chelsea and other major clubs in Europe

In a report that was published in the Spanish journal SPORT, it was said that Ousmane Dembele now has five offers on the table for him going into the summer transfer window, one of which is from Liverpool. The winger, now playing for Barcelona, is also being pursued by Chelsea, Bayern Munich, and Paris Saint-Germain over a potential transfer.

Ousmane Dembele might be on the verge of leaving Barcelona just as he has begun to make good on the enormous promise and potential he holds. This timing would be particularly unfortunate. The French international had a difficult time making progress over the first four and a half years of his time spent at Barcelona due to attitude problems, fitness problems, and poor form.

But Dembele responded admirably when the pressure was on in the second half of the 2021/22 season. He finished the season with 13 assists, which was more than anybody else in La Liga had managed even though he had played in just 21 games. However, even though the 25-year-old has been one of the best Barcelona players since Xavi Hernandez took over as manager, the Blaugrana are concerned about his contract status. At the same time, other major clubs in Europe, like Liverpool, Chelsea, and others, have their eyes set on him.

The departure of Sadio Mane, who will officially complete his transfer to Bayern Munich later this week on July 1, has sparked interest from Liverpool. Although the Reds have added Darwin Nunez to their roster, the Uruguayan international is not a suitable substitute for Mane. Mane was a key member of the team. Dembele has thus become an attractive prospect for Liverpool to pursue.

Because of the uncertainty surrounding Mohamed Salah’s future, Liverpool may need to make a high-caliber acquisition at the wide-attacking position this summer to be competitive on all fronts in the next season. However, to get the services of the Barcelona winger, Liverpool will have to fight off the intense opposition presented by Chelsea.

At one point in time, the Blues were considered to be the front-runners to get Dembele from Barcelona. However, the fitness record of the player who won the 2018 FIFA World Cup has caused Chelsea to rethink their pursuit of him in light of rising rumors involving Raheem Sterling. Dembele is discouraged as a result of Chelsea’s offer of a contract, which was presented earlier.

Liverpool and Chelsea aren’t the only clubs interested in the 25-year-old forward; Bayern Munich and Paris Saint-Germain have also made approaches to sign him. Nevertheless, Barcelona will hold out hope that Dembele will come closer to pledging his long-term future to the Catalan club with each passing day, even though their chances seem to be poor right now.