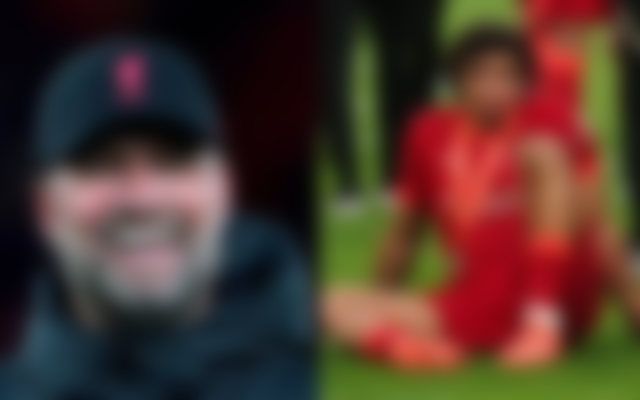 According to reports, Liverpool is on the verge of making headway in their pursuit of the talented player Calvin Ramsay

A recent rumour from Football Insider suggests that Liverpool is getting even closer to completing the signing of Calvin Ramsay. The Premier League giants are quite close to striking an agreement with Aberdeen about the sale of the young fullback. They are anticipated to pay a cost of around four million pounds for his services.

The two teams are presently engaged in discussions on the final payment arrangement. Once those discussions are concluded, the player will be given the go-ahead to go to Merseyside and complete his medical examination at Anfield. The transfer may be finalized within the next few days. This would make Ramsay Liverpool’s second acquisition in advance of the new season.

The Reds had already announced that they had successfully acquired the services of Fulham prodigy Fabio Carvalho. Ramsay may soon be added to that list. The youth, who is just 18 years old, does not have a lot of experience playing at the top level of football. Nonetheless, the youngster did make his debut in the professional ranks during the previous season.

Ramsay, a player who often plays right back, established himself as one of the up-and-coming talents in the Scottish Premiership by tallying five assists in 22 matches played for the team. His performances have not gone unnoticed, and Liverpool is now on the brink of securing his signing after beating off interest from league rivals Tottenham Hotspur and Newcastle United. His performances have not gone unnoticed.

Why does Liverpool want Calvin Ramsay?

The fact that Ramsay is going to be Trent Alexander’s backup at Anfield is likely to have a significant negative impact on his chances of getting regular playing time at the club. As a result, he might replace Neco Williams, who may eventually sign a permanent agreement to play for Fulham. The Reds are reportedly hoping for a transfer price of about £12 million.

Indeed, Jurgen Klopp has a stellar track record when it comes to the development of young players. And considering the demanding nature of the calendar for English football, he shouldn’t have too much trouble providing Ramsay with the odd opportunity to demonstrate his worth at the top level of the sport.

In the meantime, reports indicate that Liverpool has reached an agreement with SL Benfica about the transfer of forward Darwin Nunez. This might pave the way for the club to make yet another breakthrough in the transfer market. After Carvalho and Ramsay, the Uruguayan international may become the club’s third acquisition of the offseason if all goes according to plan.