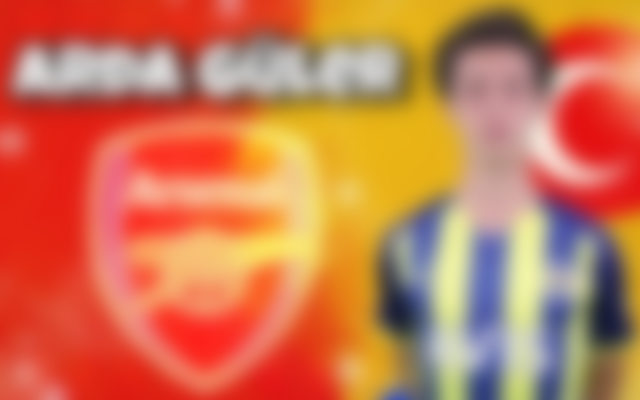 Arsenal and Liverpool are both interested in the 17-year-old Turkish star Arda Guler, but they will have to pay €25 million to get him

Turkish news site Aksam says that Fenerbahce has put a price tag of €25 million on 17-year-old attacking midfielder Arda Guler. Liverpool and Arsenal both want to sign the amazing teenager, who has been called Mesut Ozil’s long-term successor.

The market is moving faster, and top young players from smaller clubs are being picked up by bigger clubs. There have been a lot of moves for teenage stars who are said to be future superstars, especially to English clubs.

The big English clubs have spent a lot of time scouting young talent from all over the world for their under-19, under-23, and first teams. They want to add players with great skills. Marquinhos, a young player from Sao Paulo, was recently signed by Arsenal for a small fee. Liverpool and Manchester City have also done similar deals.

See also  Manchester United Has An Agreement With Tyrell Malacia

Harvey Elliot and Fabio Carvalho are two stars that Liverpool have signed in the past few windows. Both of these players are likely to do well in the coming years. Even though they have a lot of experienced players, the top teams in the Premier League are still open to adding young, talented players.

Arda Guler, a young player at Fenerbahce, is being watched by clubs like Arsenal and Liverpool. In 2021/22, he had his best season with the Turkish club. The 17-year-old’s performances have made him one of Europe’s most in-demand artists.

Fenerbahce has set Guler’s price at €25 million after getting an offer from Lyon for only €10 million. The Turkish giants know how good their star player is and don’t want to let him go for a low price. Premier League clubs are very interested, and the price seems fair from a financial point of view.

Mikel Arteta wants to add more talented young players to the teams that play below the first team. This is why Arsenal wanted to sign Guler. Even though the Fenerbahce wonderkind has shown signs that he could be ready for the main team, the Gunners may want to give him more time with the under-23 team and then bring him up.

Liverpool has also been keeping an eye on Guler as Jurgen Klopp continues to build a strong team for both now and the future. Also, young players have improved steadily under the German manager’s guidance, which makes Liverpool look like a good choice.

For now, both Arsenal and Liverpool are focused on getting players who can help them right away. Later in the window, they could turn their attention to young players. In any case, Guler would be a great addition to either team, as both have recently signed creative players like the 17-year-old wonderkid.