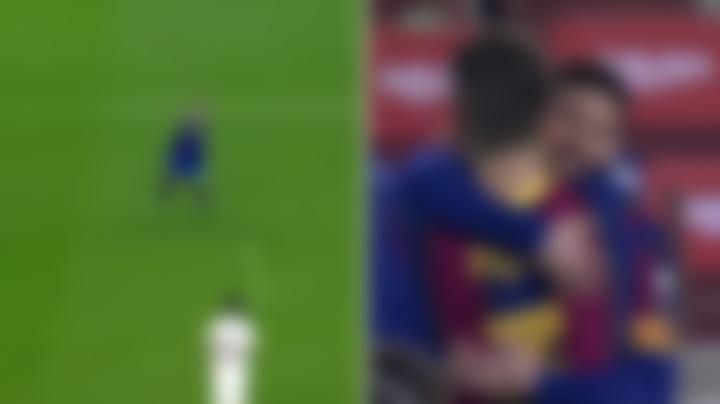 Barcelona won the game against Sevilla on Wednesday night very late and Lionel Messi was extremely happy about it. Thus, FC Barcelona made it to the Copa Del Rey final.

Barcelona, managed by Ronald Koeman, have had a very tough season so far. They lost 2-0 to Sevilla in the first leg of the Copa Del Rey semi-final, threatening to lose their chances at any silverware at all this season. However, the second leg proved to be a thriller.

During the early stages of the match, Ousmane Dembele gave them some hope by scoring an absolutely sensational goal. Later in the half, Messi had his shot cleared at the goal line. Time was passing by and Sevilla were defending with their whole team behind the ball. Barcelona pushed more and more men forward. However, at the 79th minute, Sevilla won a very controversial penalty. Sevilla had the chance to wrap up the tie from the penalty spot but Marc-Andre ter Stegen saved the spot kick.

Fernando was sent off in the 92nd minute for Sevilla and Gerard Pique made the most of the situation by heading the ball in from Antoine Griezmann’s cross in the 94th minute of the game, to take it to extra time.

The goal kicked off amazing scenes at the Nou Camp and Messi, who was on the other side of the box having just delivered a corner, was as happy as anyone.

In extra time, it did not take Barcelona a lot of time to take the lead. All the momentum was with the home side and they also had a one man advantage. In the 95th minute, Martin Braithwaite headed home from Jordi Alba’s cross, leading Barcelona to the final of the Copa Del Rey.

Lionel Messi was very happy after the final whistle. This just shows his loyalty and love towards the club.