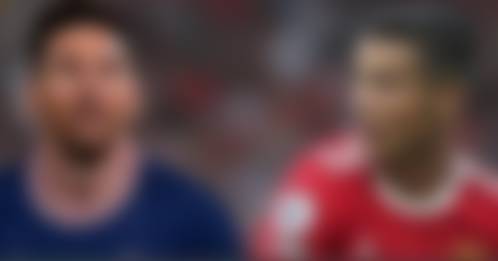 Lionel Messi and Cristiano Ronaldo have brought so much joy to our television screens for the majority of their careers and for the past 15 years their rivalry has been a fascinating one to watch.

Whether born with natural talent or a never say die attitude, both have changed the dynamic of the footballing world. Messi and Ronaldo have posted ridiculous numbers throughout their careers and have smashed every record they have come face-to-face with.

Manchester United ‘s Cristiano Ronaldo has proven himself in three different leagues in three different countries, while Lionel Messi remained a club legend at Barcelona before his summer move to PSG. Yet no matter where they’ve been, they have created history.

Messi has always been in the colors of Barcelona and after coming through the academy ranks, he went on to spend the first 17 years of his career at the Spanish club, going on to make a total of 778 appearances across all competitions.

Ronaldo has been around for slightly longer than Messi has, being two-years older than his rival, and has therefore played more games since making his debut in 2002-03 for Sporting Lisbon, and has since made 905 appearances in all competitions over 21 seasons for four different clubs.

Messi has produced outrageous scoring chart numbers throughout his career and has continued to make the impossible possible with his incredible dribbling and expert finishing skills. In total, Messi has scored 675 goals in 786 competitive games across all competitions. For Argentina, he has bagged 80 international goals in 156 games, taking his career total for club and country up to 755 goals in 942 games.

Ronaldo has become one of the best finishers in the world, with the ability to score with any part of his body. The striker managed to bag 683 goals in 905 games for four different clubs. For Portugal, he is now the all-time leading scorer for his nation as well as in international football in general, bagging 115 goals in 182 appearances, bringing his total tally for club and country up to 798 goals in 1,087 games.

Together, the pair have won a combined total of 67 trophies throughout their careers, with Messi lifting 35 and Ronaldo earning 32.

The pair have also dominated the Ballon d’Or awards for more than a decade, with Messi winning six of them and Ronaldo claiming five.