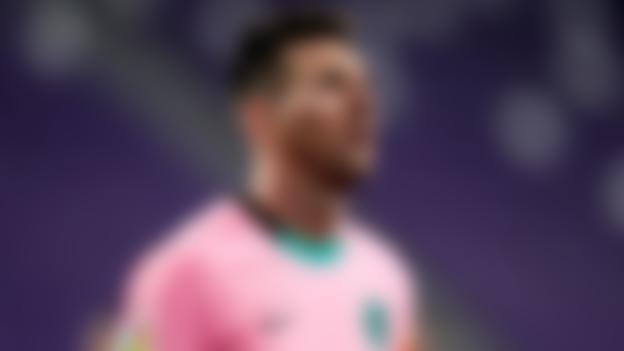 Lionel Messi came close to departing the Nou Camp after handing in a transfer request in the summer but he reluctantly decided to stay at the club. Barcelona’s former president Josep Maria Bartomeu insisted that Messi’s €700m release clause had to be met for him to leave.

He recently gave an interview with Spanish TV station La Sexta. In the interview, he said:

“Well, the truth is that today I’m fine, it’s true that I had a very bad time over the summer because of how the season ended. Then came what happened in summer, the burofax and all that. The truth is that I dragged it a bit during the beginning, but today I feel fine and want to fight seriously for everything we have ahead – I’m excited. “

“I know that the club is going through a very difficult time at club level and everything that surrounds Barcelona is difficult but I am looking forward to it.”

Messi speaks on his future

While he refused to be drawn on his potential next destination, Lionel Messi did speak of his close friendship with Paris Saint-Germain forward Neymar, and said he would one day like to play in Major League Soccer.

“I’ve always had the dream of playing in another league, in the United States,” he added. “Maybe it will happen, doesn’t have to be right away. Today I am just focused on these next six months.”

Regarding a potential reunion with Neymar at Barcelona, Messi said: “It’ll be difficult to bring in players because the funds aren’t there. We’ll have to bring in plenty of top players to get us competing on all fronts again and they come at a price. Neymar would be extremely expensive.

“How would the club pay PSG for the transfer (of Neymar)? The situation will be tough for the new president, who will have to be intelligent and get everything in order. Changes will be needed for him to do well.”

“I don’t know if Neymar said that (that the two would play together next year). You’d have to ask him about what he said. We do chat sometimes and we are in touch.”

Lionel Messi also commented on the sale of Luis Suarez to Atletico Madrid, saying he did not understand how the club could allow the striker to move to one of their main rivals.

He said: “What they did seemed crazy to me, because of how he left. He left for free, paying him his contract and a team that fights for the same thing as us.”

“I don’t know how long my last chat with Pep Guardiola was, but we do talk. We don’t talk about whether we are going to meet again. For me Pep is the best, he has something special.”