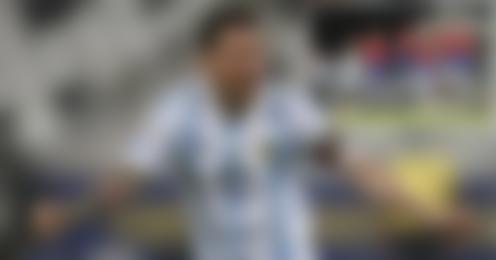 Last night, Lionel Messi scored an absolute stunner of a free-kick in Argentina’s opening fixture of their Copa America campaign against Chile. However, the result was not in favor of Argentina, as they dropped their lead to a 1-1 draw.

The FC Barcelona legend and one of the greatest of all time, Lionel Messi, is still in the hunt for his first international trophy with his country, Argentina. He has been vocal about his dream to win a major honor with is country for a while. Now, this is his chance to step up and show the world that he can do it even on the international level.

It was a dream start for Argentina as Messi scored an world class free-kick at the early stages of the match. From 25 yards out, Messi whipped the ball with his left foot into the top corner of the net, using his traditional style.

Lionel Messi’s magical left foot delivered an incredible hit which could not be stopped by the veteran goal-keeper Claudia Bravo. This goal helped Messi surpass Cristiano Ronaldo in the all-time free kick goals chart. Not only that, this was his 73rd goal for Argentina – and also saw him overtake all-time great Gabriel Bautista to become the top scorer for his nation in competitive matches, with a tally of 39.

However, this effort was overshadowed by Chile’s equalizer. The equalizer came from a controversial penalty decision. Tagliafico tackled Arturo Vidal in the penalty box bringing him down. The penalty was saved by Emiliano Martinez but the rebound was headed in by Vargas. Thus, both teams ended up with 1 point to kick start their campaign.