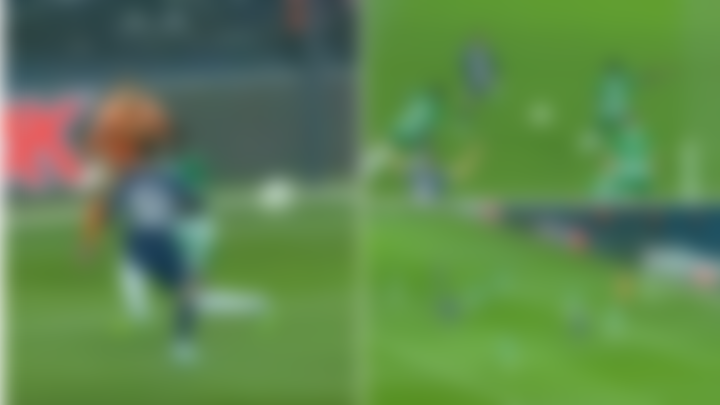 Lionel Messi was in full flow against Maccabi Haifa, as the Argentinian magician pulled of a masterclass in the UEFA Champions League group stage match.

One of the best moments of the match was an outrageous outside of the boot goal from Messi. It took him just 18 minutes to get the ball in the back of the net. Fabian Ruiz cut the ball onto his left foot and lofted the ball to Lionel Messi.

Messi tried to head it into the path of Kylian Mbappe, but the pass was intercepted by a Maccabi Haifa defender. The ball then managed its way to the feet of Mbappe. who poked it back to Messi. It is fair to say the seven time Ballon d’Or winner did not disappoint.

Gary Lineker commented on the goal, saying: “Messi strikes again with a wonderful goal. The most typically Messi goal you’re likely to see.”

Lionel Messi has now netted 10 goals in all competitions for the 17th consecutive campaign.

The Argentine’s masterclass was trending all over social media. Here’s how fans reacted:

One fan said: “Messi is so ready for Qatar man,” while another commented: “Messi makes world class goals scoring look so easy. Another out of the box excellent finish by the Argentine maestro.”

A third fan wrote: “Messi is crazy. Being the best player in the world at age 35 is something we’ll never see again.”