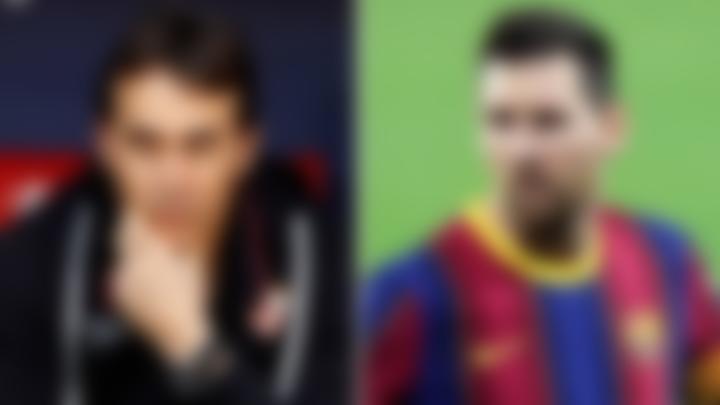 The ex Real Madrid boss is the current manager of Sevilla. Before the clash between Barcelona and Sevilla on Saturday at the Ramon Sanchez-Pizjuan, Lopetegui praised the little magician.

“Barca has, without any doubt, the best player in history: Leo Messi,” he said.

Just as he expected, Messi delivered a brilliant performance at the Ramon Sanchez-Pizjuan. The Argentinian forward played a major role in their 2-0 win against Sevilla. maintained a 90.3 per cent possession stat as he scored once and registered an assist.

It seems as though Sevilla is the favourite opponent of Messi. According to Transfermarkt, Messi has played against Sevilla 42 times across all competitions and scored a whopping 38 times against them.

Watch a compilation of his brilliant performance below:

When he was asked in 2017 if Messi was the best player of all time, Lopetegui responded: “He’s the greatest player in football history, I agree.”

However, Lopetegui was found in a bad situation as a Madrid coach. Thus, he made a U-turn on those comments when they were brought up during his press conference when he was unveiled as Madrid head coach.

“Cristiano Ronaldo is the player I want by my side always. Obviously, the best in the world is at Real Madrid,” he said.

Unfortunately for Lopetegui, Ronaldo left Madrid in the summer of 2018 as the Portuguese superstar completed his sensational £99.2m move to Juventus.