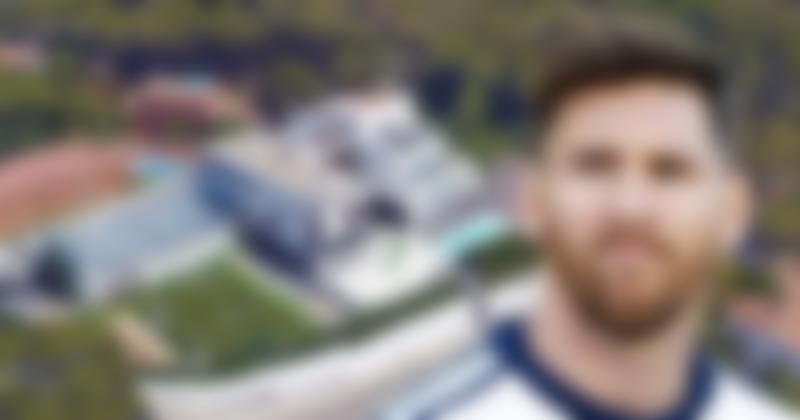 Today, we will have a Lionel Messi house tour both in Spain and in Argentina.

The little fella, Lionel Messi is arguably the greatest football player of your generation and he is also the best-paid footballer in the world at the moment. According to Forbes, the net worth of Lionel Messi in 2019 was $318 million. That is a lot of amounts and it comes as no surprise that the highest-paid footballer in the world owns very expensive and luxury houses in Argentina and Barcelona.

Lionel Messi house in Barcelona looks very luxurious and expensive but the Argentine deserves this big mansion, needless to say. Let’s get to the Messi hour tour.

The exterior of the house is just amazing if you look at it. It has a swimming pool, a small football pitch where Messi can train at home, a dining area in the garden, and a small playground for his children. The exterior of the house shows that the home is spacious enough to accommodate the legendary Leo Messi and amazingly placed in giving him the chance of viewing the beautiful hills in Catalonia whenever he feels like it.

Leo Messi likes to spend time with this family in the dining area outside. They make a very happy family.

This house is located in a place called Bellmar in Barcelona. Each house within this area in Castelldefels cost nothing less than $5 million. The prices of the houses in this area increased after the arrival of the Little Magician in the area in 2009. The Argentinian bought this used house for $2.1 million in 2009 and then went on to spend an extra $7 million on the house for it’s fine-tuning and modification.

The interior color scheme is dark brown and beige followed by the Mediterrenean style.

Here we can the Argentinian relaxing at his home with his cute little children.

Lionel Messi house in Barcelona is located in an area known as Bellamar. The area is surrounded by expensive villas and mansions and Leo Messi owns one of them. Messi purchased the house for $2.1 million in 2009 and spent an extra $7 million on its renovation.

The interior is also decorated in the Mediterranean style – it has the light walls, as well as wooden floors. As its indicated, Messi prefers the light pastel colors, because the color scheme of the house is brown and beige and the floors are beige, while the furniture is brown. Sofas in the house are mostly dark gray and dark brown. The house also has a gym, where Messi can always do workout sessions. It also has a terrace on the outside, which includes a barbecue and dining area.

Leo Messi owns a riverfront house in his home town in Rosario, Argentina. He spends most of the time with his family in Argentina during the holidays and football off-season.

The world-famous footballer, Leo Messi is living with his family in the Bellamar – a suburb of Castelldefels, in Barcelona.

Messi spends off-season time in his house in Rosario, Argentina where he spent most of his childhood as well. The Argentinian’s love for his home town never fades away.

Lionel Messi’s house is also visible on Google Maps if you are looking to search for it.

In this topic, you will find Leo Messi house photos and pictures from aerial view as well as the other angles.

Here will show a picture of Messi house in aerial view.

The very popular Roundhouse which was rumored to be owned by Leo Messi looks something like this:

Here we will give you a detailed Lionel Messi house tour video. This video will show you Lionel Messi house inside and outside. The house in the video is located in a suburban area in Barcelona known as Bellamar. Lionel Messi purchased this house initially for $2.1 million and then spent an extra $7 million on its renovation.

Pictured above is the man himself, his beautiul wife Antonella, and his children Matteo and Thiago.

Messi also has a “French Mastiff” dog and that shows his love for animals particularly the dogs.

However, it’s not Messi who dislikes the plane noises so much. In fact, it all comes down to Spanish government law. The town of Gava is highly protected by environmental regulations. The aircraft’s volume and gas emission could be dangerous for the precious natural wildlife inhabited new the area.

So it comes down to the Spanish government for making the area “no-fly zone” and it’s certainly not Messi’s wish but we think it’s a blessing in disguise for the Argentinian international.

Messi house then and now

Leo Messi owns a luxurious and a beautiful house in Barcelona which costed him around $7 million in total to purchase the estate.

However, the world-famous Lionel Messi spent his childhood in poverty and used to live in a small house in Rosario, Argentina. We have got some pictures of Lionel Messi old house.

Lionel Messi house tour in Castelldefels. Leo Messi owns a multi-million mansion in a place called Bellamar – a suburb of Castelldefels. It’s a gorgeous house built in an environmental-friendly area with the special restrictions set by the Spanish government for planes to fly over it.

Leo Messi also owns a luxurious villa in his home town of Rosario, Argentina on the river-shore of the city. The Argentinian likes to spend the off-season in his house in Rosario and proves that his heart still lies in his home town in Argentina.

Leo Messi also owns a house in Gava – a suburb of Castelldefels. This house costed the Argentinian around $7 million. The house is a “no-fly zone” because of some certain Spanish laws.

There were some reports in Italy in 2020 that Leo Messi’s father, Jorge Messi would have bought a house in Italy. The reports speculated that the residence was linked to Lionel Messi’s career in future.

In ‘The Gazzetta dello Sport” aim that Jorge Messi would have bought a house in Milan on 6 June 2020 for the arrival of Leo Messi in the city of Milan. It was rumored that the Argentinian was going to join Inter Milan this summer but they all turned out to be rumors with no reality at all.

Messi rented a house in his time at Hua Hin, Thailand. He spent some part of his holidays there.

Lionel Messi house tour in Miami. The Argentinian bought a Porsche Design condo tower in Miami, Florida in the United States of America.

Messi was attracted to Porsche Design Tower due to its privacy and his ability to get in and out of the unit without being seen by the public. His new unit is on the building’s north side, where he will have unobstructed views of the ocean.

Leo Messi house in Miami comprises of 3 bedrooms and four bathrooms in total. The Argentinian bought this Porsche Design Condo in Miami for around $5 million.

Here we will debunk the myths of the “roundhouse” in Barcelona. The all-time popular round-shaped “One Zero Eco House” was always rumored to be owned by Lionel Messi until the man himself openly denied it. The picture of the house above is entirely fake because such a place does not exist anywhere in this world. An architectural engineer designed the model with an intent that this house will be a fit choice for a legendary footballer like Leo Messi but it was never actually built.

Responding to the myths, Jorge Messi (Leo Messi’s father) argues that neither he nor his son Lionel Messi knows the engineer. They also deny owning any such house. The statement proves the popular rumored Lionel Messi House “One Zero Eco House” on the internet is fake.

Today, we gave you Lionel Messi house tour and shown you all his houses. Lionel Messi owns various houses. One is located in Rosario, Argentina and the other is located in Bellamar in Barcelona. Leo Messi also owns a house in Miami which is a Porsche design condo tower. But Messi’s most expensive house is in Barcelona which costed him a whopping amount of $7million in total.

The total net worth of Messi’s houses is reported to be around $20million by various sources in Spain and Argentina.