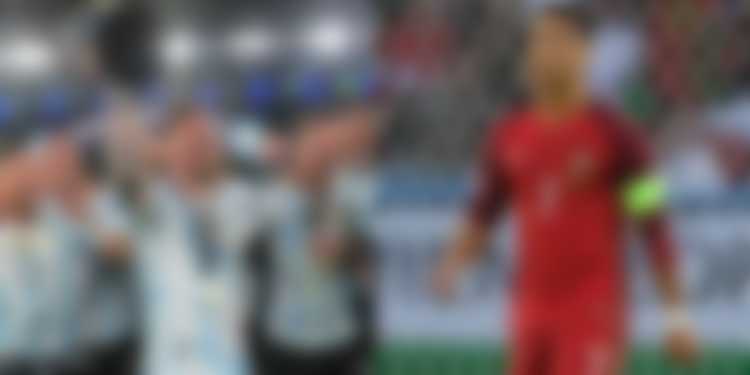 And normalcy has been restored in football. Lionel Messi has won another international trophy. This means he has equalled Cristiano Ronaldo’s trophy tally. It happened after Argentina beat Italy 3-0 in the Finalissima at Wembley. It was a showdown between the winners of the Euros and Copa America.

This goes to add to the Argentine’s international tally, after winning the Copa last year finally ended his international trophy drought after years of near misses and heartbreaks in countless finals. By winning the Finalissima, the Albiceleste have now gone 32 matches without a defeat on the international stage. And they showed why they will be a force to reckon with in the upcoming World Cup in Qatar.

They were all over a shell shocked Italy, who were really not able to deal with the constant harrying and hassling by the Argentine midfield. Jorginho was overwhelmed. Pessina was a total passenger, and the Azzurri had keeper Donnarumma to thank, who kept them in the game early on after a string of saves.

Finally, Lionel Messi Has Done It And His Fans Can’t Stop Talking About It

Lionel Messi himself was imperious. While he did not get on the scoresheet, Lionel Messi was involved in everything that the Argentine attack was doing. Running in the half-spaces left by the Italians. Dictating the tempo, he did it all. There was also an all too familiar sight of him with the ball, while a swarm of defenders surrounded him on all sides. In fact, he was so involved in the game, that he was even tackling and doing the defensive duty, which he doesn’t really have to do, such was his influence on the game. Based on this performance, you’d be forgiven for wondering if he was the same guy who had his worst season on an individual level at PSG.

In the end, Argentina won the game courtesy of goals scored by Lautaro Martinez, Angel Di Maria and Paolo Dybala. The former Juve man scored right at the end to add gloss to a rather happy evening for the Albiceleste. Lionel Messi did not get on the score-sheet on the night. However, his fans loved the performance that he did put in the match. The post-match celebrations also saw Lionel Messi as a happy figure.

With both the Titans of the game locked in at 2 international trophies apiece, everything is set for both of them to face off against each other at some stage of the world cup, to get that one elusive piece of silverware that has avoided them for almost the entirety of their glittering careers. Who will be the one who reaches that summit first? We’ll have to wait until December for that answer.