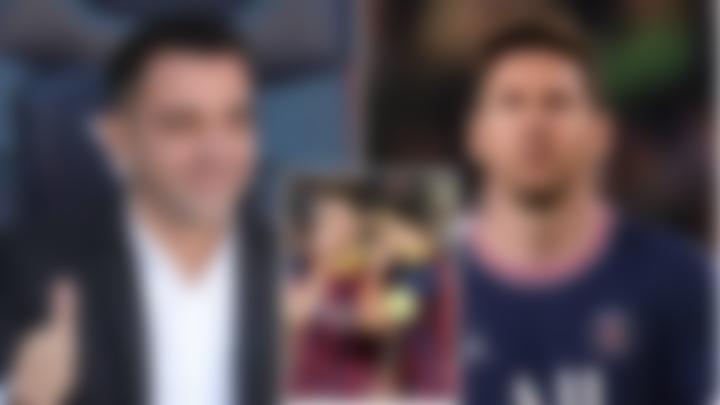 According to many reports, Lionel Messi could make his sensational return to Barcelona in 2023 after the appointment of Xavi as the La Liga club’s head coach.

The former FC Barcelona superstar, Lionel Messi left the club in an unexpected way. Barcelona were left in financial crisis and the club legend even offered the club a 50% reduction in his wages to sign a new contract. However, Barcelona were unable to keep Messi due to La Liga’s financial fair play regulations, which did not allow the signing of a new contract. Thus, he had to make an emotional exit from the Camp Nou before making a transfer to Paris Saint-Germain.

However, Barcelona believe that the PSG superstar could be lured back to the Camp Nou when his contract is set to expire in 2023.

According to Marca, newly appointed Barcelona manager Xavi could be the ‘key’ for Messi’s return to the club. The Spanish newspaper reports that the 41-year-old Spain legend could ‘persuade’ the Argentine forward to play under him at Barcelona.

Former Barcelona presidential candidate Victor Font, who lost to Joan Laporta in the 2021 elections, has urged the La Liga outfit to re-sign Messi in 2023.

“His departure deserved to be through the front door,” he told RAC 1. “From that moment on, the club should be thinking about how Messi could return to Barcelona in 2023.”

Messi has already revealed his desire to return to the city of Barcelona after his spell in the French capital, saying he would “love” to be a technical director for the La Liga club.

“What is almost confirmed is that we are going to live in Barcelona again and that our life will be there,” he told Sport. “It’s what my wife wants and what I want. I don’t know when my contract with PSG ends but we’ll go back to Barcelona to live. I always said that I would love to be able to help the club. I would love to be a technical director at some point. I don’t know if it will be at Barcelona or not.”

“If there is a possibility, I would like to contribute again because it’s the club that I love and I would love for it to continue doing well, to continue growing and to continue being one of the best in the world.”