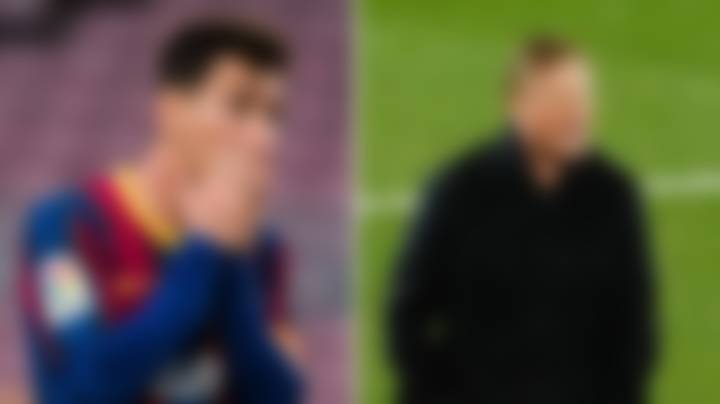 According to media reports in Spain, the FC Barcelona club legend might not be able to play for his club until the month of January due to the club’s poor financial state.

Lionel Messi has been a free agent for a while now, after his contract with the club expired on the 30th of June. However, it is widely known that the Argentinian striker has signed a new contract with FC Barcelona, accepting a 5 year contract with a 50 percent pay cut.

As stated by ESPN, the La Liga rules as well as the Spanish federation will not allow Barcelona to register any of their new signings including Lionel Messi if their isn’t a significant reduction in their wage bill.

FC Barcelona have until August 31, the transfer deadline day, to submit Messi’s contract as well as reduce their wage bill significantly. If they do not comply with the spending rules of La Liga, they risk not having Messi available for selection until the start of 2022. Also, they will not be able to register their other new signings Sergio Aguero, Memphis Depay, Eric Garcia and Emerson Royal.

Barcelona managed to move on several youngsters and second team players earlier in the transfer window. Junior Firpo was signed by Leeds for £13 Million, while Konrad De La Fuente and Jeanne Claire-Todibo both moved to Ligue One with Marseille and OGC Nice respectively. However, the major problem for the club is their high earners.

Miralem Pjanic and Samuel Umtiti have both been made available for transfer but the players do not want to leave the club. Both the players have played very little and have tremendously high wages compared to the other squad members.

Phillipe Coutinho, one of the club’s highest earners, on a yearly wage of €24 Million is on the transfer list. In spite of that, no club wants to pay a high sum of money for the out of form and injury prone Brazilian.

Barcelona have also failed to agree to terms on a pay cut with La Masia’s own Sergio Busquets, Jordi Alba and Sergi Roberto. Busquets earns around €16 Million a year at the club, while Alba is on €13 Million and Roberto on €10.5 Million.

Thus, it is yet to be seen on how Barcelona manage to reduce their wage bill. They have limited time to do so, in order to make sure their star player is available for the start of the season.