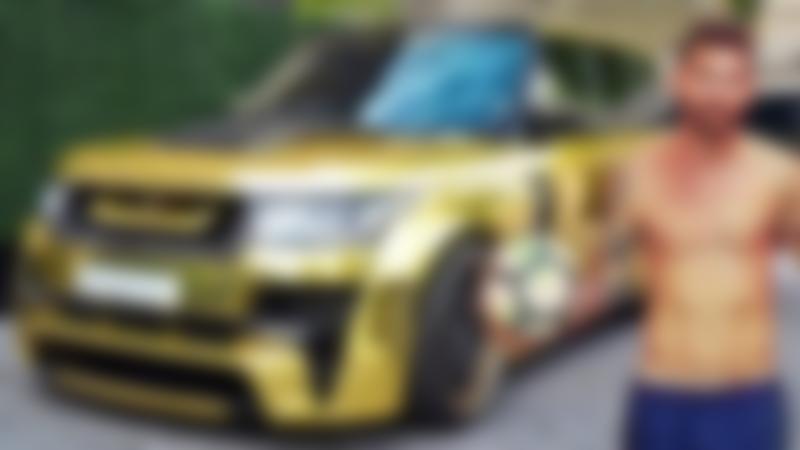 Lionel Messi is arguably the best football player of our generation and he is also one of the highest-paid footballers in the world. With the net worth of $318 million in 2019, comes with no surprise that Messi car collection is iconic. With that being said, we will look at Lionel Messi cars collection for 2020.

Lionel Messi owns various cars and with no surprise the cars he own are very expensive and luxurious. From Audi to Range Rover to Pagani, Lionel Messi cars collection is amazing as it goes.

The classic Ferrari 335 S Spider Scaglietti, also known as “prancing horse of 1957”, is the most expensive and the rarest car in Messi’s car collection. This powerful sexy car is powered by a 4.0L naturally aspirated V12 engine and can reach a top speed of 300km/h.

Lionel Messi owns various Audi cars and the collection shows his love for German-based automobiles. Audi has been a sponsor for Barcelona for many years now so all the Barca players can be seen roaming in Audi cars.

Pagani Tricolore has to be the most exotic car in Lionel Messi cars collection. This sexy beast is one of the fastest cars in the world as well as one of the most expensive cars. Pagani Zonda Tricolore comprises of a 7.3L V12 engine mated to a 6-speed automatic transmission.

Messi had to pay around $2 million to purchase this car and it is one of the most expensive cars in his exotic collection.

Another exotic beauty in Lionel Messi cars collection, The Mercedes SLS AMG is very classy and sporty. It is a very expensive and rare car but not so expensive for one of the highest paid football player in the world.

Lionel Messi bought this exotic beauty for around $642,490. This car comprises a 6.2-liter DOHC V8 engine which gives a beast performance.

Messi owns a couple of Gran Turismo cars and MC Stradale is one of them. This car gives a whole different experience of daily ride as it has a robotized manual transmission.

Another fast and exotic car in Messi most expensive cars collection. This supercar is powered by a 4.3L Ferrari F136 E V8 engine and generates a horsepower of 503hp.

Messi uses Range Rover cars for daily uses and to drive to Nou Camp. This car provides a great performance on the off-road tracks as well.

Next up is the very common car in the US known as Cadillac Escalade. This is one of the cheapest cars and affordable cars in the US but it is a good car Lionel Messi as he has a big family. Cadillac Escalade contains space for 8 passengers at a time.

Lionel Messi is one of the highest-paid football players in the world with a net worth of $318 million. So there is no surprise that Leo Messi has a big car collection. Messi car collection with price is as follows:

Lionel Messi (aka Leo Messi) is the most famous Argentine professional football player at the moment. He plays at the center forward position and is also the captain of both Barcelona football club and the Argentina national football team.

Messi is also the most paid football player in the world and he owns various expensive and luxury cars. Here we will look at a few Messi car photos and pictures.

The total worth of Lionel Messi’s car collection is said to be around $50 million which is an insane amount, but not for a footballer who is regarded as the highest-paid footballer in the world.

The Ferrari 335 S Spider Scaglietti alone is priced at $37 million and it is the most expensive car in the Messi car collection 2023.

The sports cars in Messi car list are as follows:

The list of Messi most expensive cars is as follows:

Every car collection is incomplete without a sexy looking Ferrari. Lionel Messi owns a couple Ferrari cars including his most expensive car in his collection. The list of Messi cars Ferrari is below:

The question most people usually asks if Leo Messi owns any Bugatti cars? Well the simple answer is: No, Messi does not own any Bugatti cars but as we all know he is the highest paid footballer in the world, so there is a chance he may buy a Buggati car in the future.

It is a shocker that Leo Messi does not have a Lamborghini in his exotic car collection. But we can expect Messi to own one or two Lamborghini’s in the future.

Audi has been the main sponsor for FC Barcelona for many years now so it is common to see Barcelona players roaming around the city in an Audi.

How many cars does Messi have?

The Argentine superstar commonly known as Leo Messi is one of the best-paid football players in the world right now and the “Little Fella” owns various sports cars and luxury cars. Messi is said to own more than 10 cars with the Ferrari 335 S Spider Scaglietti(costs $37 million) being the most expensive in his collection.

The net worth of all Lionel Messi best cars combined is said to be around $50 million.