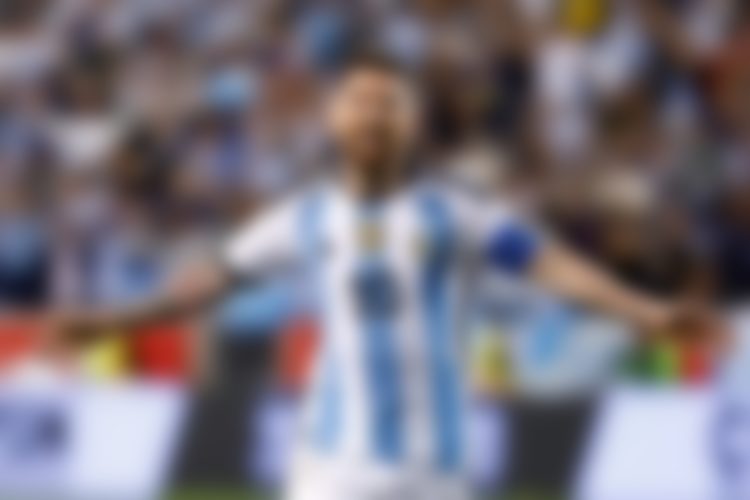 Lionel Messi was yet again the star of the show for Argentina during the game against Jamaica at the Red Bull Arena in New Jersey. The Argentina forward helped his side with a brace in the 3-0 win over Jamaica.

The Argentina was sick with flu like symptoms and thus did not start the match. However, even a second half introduction was enough for Lionel Messi to mark his name on the game. He took his international goals tally to 90 goals in 164 appearances.

The mere presence of the PSG superstar put the crowd at the Red Bull Arena into a frenzy. On three different occasions during the game, fans ran onto the pitch to try to get as close as possible to the seven time Balon d’Or winner. A shirtless fan attempted to get Messi to autograph his back before he was pushed to the floor by security staff.

The first half was one sided for the Argentinians, with an early goal putting them in front. In the 13th minute, Martinez skipped past Jamaica’s Damion Lowe and cut back for Julian Alvarez, who slotted it in the back of the net. The rest of the half was full of possession and chances created by the South Americans.

The most exciting part of the game was when Lionel Messi came on in the second half and put on a show for the crowd to enjoy. It was not until the 86th minute when Messi darted forward and slotted the ball in the bottom corner for an elegant goal.

Just shortly afterwards, the Argentine forward was fouled just outside the penalty area. The free kick from Messi was a smart, yet elegant finish as he curled the ball below the wall into the corner for his second goal.

See also  The Honduras Players Lined Up To Take Pictures With Lionel Messi, After Losing To Argentina
27
SHARES
ShareTweet
Pin