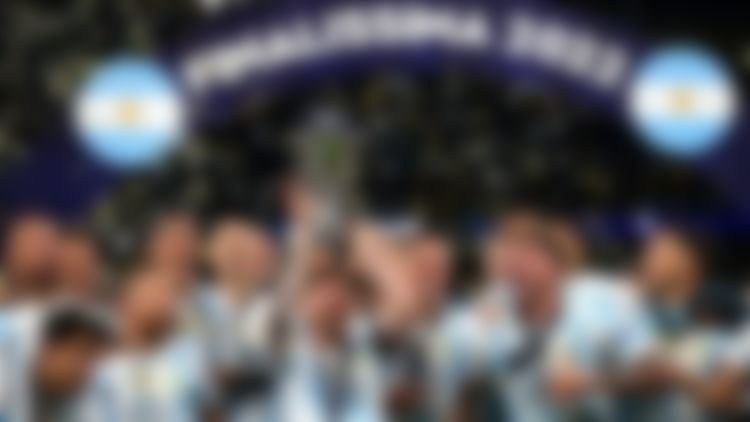 Despite the recent season suggesting that there is a dawn to the talents of the Argentinian sensation Lionel Messi, the forward did not disappoint tonight. The little magician showed that he alongside with this new look Argentina team have what it takes to win the World Cup.

There is no doubt that Messi’s sheer presence lured more than 87,000 to see his team take on Italy at the Wembley Stadium in London. The majority of the fans were in Argentine colors and he did not disappoint. Lionel Messi put on a show for the fans, turning on the style to set up the first and third goals in a 3-0 win.

On what might have been his final appearance in London, Lionel Messi showed that he still has flashes of brilliance left within him. The Argentina forward is still a force to be reckoned with, and no doubt has sent a warning with the start of the FIFA World Cup so close.

This was the fixture named as the ‘Finalissima’, a prestigious showdown between the champions of Europe and South America for the shiny new trophy paraded on the pitch. For Italy, this was a chance to redeem themselves, as they had failed to qualify for the World Cup this year. On the other hand, Argentina were looking for another international trophy within a year.

The opening goal from Lautaro Martinez, came in the 28th minute after Lionel Messi stepped pass Di Lorenzo and squared it to the striker for an easy goal. Argentina’s best moments throughout the game revolved around Messi. His teammates always looking to get him on the ball anywhere around the penalty area.

The second goal was scored in stoppage time at the end of the first half by the Di Maria, as Martinez threaded a ball into his feet. The winger finished the move in clinical style by chipping a shot past Donnarumma.

The third and final goal came in the final moments of the game as Dybala came off the bench to squeeze in the third after a run from the halfway mark by Messi.