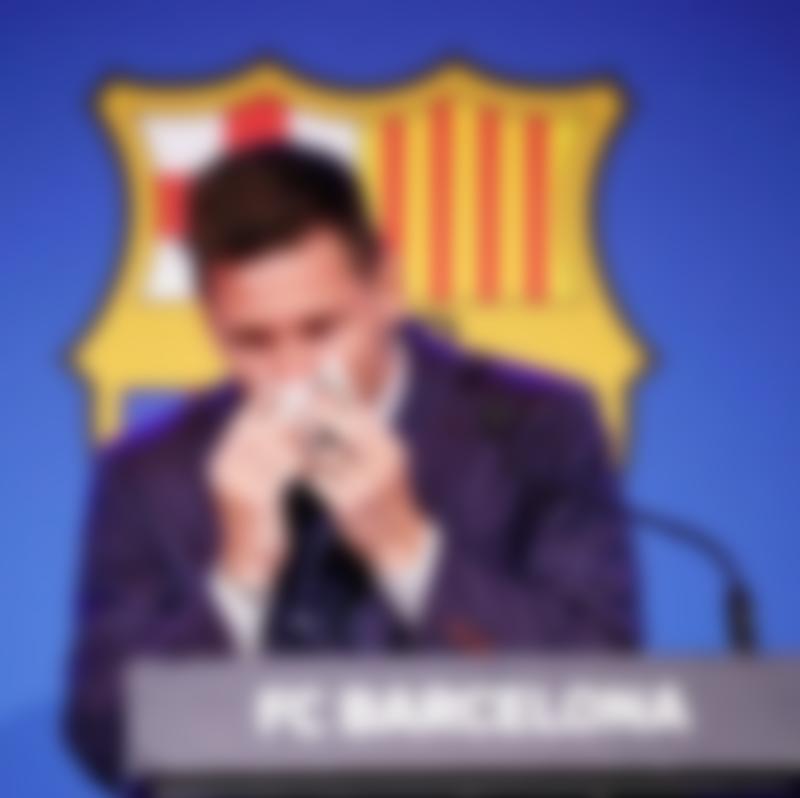 After 18 seasons with FC Barcelona, Leo Messi has finally bid farewell to the club he really shined at. Leo Messi’s farewell speech left many football fans around the world in tears. The Argentine himself couldn’t control his emotions and was left in tears before he started his speech. The end of a magical footballing era at Barcelona finally came to an end.

Leo Messi’s farewell speech was very emotional and full of nostalgia. The Little Magician himself couldn’t control his emotions and started crying before he began his goodbye speech. However, Leo Messi’s career is not over as he expressed that he wants to win more trophies.

“My aim is to keep winning, win a Champions League, catch Dani Alves.”

Messi also believes that this sadness will take time but it will pass. He will certainly get back to his form once he starts playing with a new club.

”When I leave here, I will be even sadder, but I will keep on playing football, which I most love to do and I’m sure it [the sadness] will pass a bit.”

Leo Messi’s farewell speech explains everything about his loyalty to Barcelona. He wanted to stay at Barcelona and end his career there, but the situation did not help the man. Messi even agreed to take a pay cut in his new contract but it was not meant to be.

“My new contract was DONE. All done. I wanted to stay and when I come back from holidays, it was done… and then it’s how Laporta explained it. At the last minute, with everything with La Liga, it couldn’t happen and it was a real shock to us”.

Messi’s farewell speech also makes it clear that his relationship with Barcelona was absolutely fine. The La Liga rules and regulations were not in the favour of Lionel Messi. The Argentinian added:

“There was no problem with Barcelona, really. I was ok with the club. We had an agreement on everything, I was convinced to stay at Barça… but it was not possible because of La Liga rules”.

In the end, The Little Magician thanked everyone at the club and the supporters from all around the world. Leo Messi believes that without the support of fans, his career would not have turned the way it turned.

“I was convinced to stay here at Barcelona. This is my home, our home. I wanted to stay at Barça and it was the plan… and today I’ve to say goodbye after my entire life here. No words to add. Thank you, everyone. Barça made my dream come true”.

“I’m really sad because I didn’t want to leave this club. I love Barcelona and I wanted to stay… my contract was ready. I did everything I can in my possibility to stay at Barcelona”.

During Leo Messi’s farewell speech, he confirmed that he is in talks with Paris Saint-Germain. However, nothing is confirmed yet. It is a possibility though, and a strong one. Lionel Messi said:

“Paris Saint-Germain is a possibility, yes. At the moment nothing is confirmed, I received a lot of calls after the Barcelona statement. We’re talking about it”.

Lionel Messi also denies the rumours of him already agreeing on a contract with PSG. He also clarified that the picture with Neymar and his PSG teammates were just coincidental.

“They have spoken a lot about that photo with the PSG players in Ibiza,” Messi added.

“But it’s a stupid thing. I was going to meet up with [Angel] Di Maria and [Leandro] Paredes and Neymar, who was in Ibiza called me and we all got together.

“They were even joking with me that I would be joining them in Paris. Then what happened but there is nothing suspicious about that photo.”