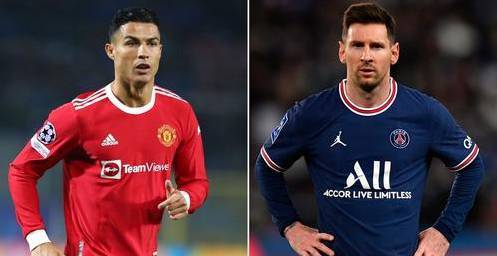 Lionel Messi and Cristiano Ronaldo have shared the stage of the top 2 in world football for well over a decade. However, the superstar pair’s approaches to being considered the greatest ever suggest a big difference. The two of them may be the two greatest footballers of their generation, but the pair’s personalities appear to be as different as their styles of play.

Ronaldo has long considered himself the greatest of all-time. To further prove this, he sent text messages demanding to be ‘respected’ by ex-Real Madrid and Italy striker Antonio Cassano. On the other hand, after winning his seventh Ballon d’Or award, Messi has shown his contrasting and humble nature.

In an interview with France Football, the 34-year-old Argentine striker was asked if he considers himself the best ever and gave a characteristically humble response.

Talking about the rivalry with Cristiano Ronaldo, he said:

“With Cristiano we kept our battle going within the same league for years. It has been wonderful and has helped us both to grow in our careers. But without looking at each other. I just wanted to surpass myself, to be the best I could be, and not better than any other.”

Ronaldo seemingly seems more confident in the argument. The Italian legend Cassano revealed he messaged him to confront him over his claims that there is only one Ronaldo, the former Brazil striker Nazario, and that Messi is better.

Speaking on Bobo TV, the Italian said: “The other day, after Bobo TV, I saw a text from a Spanish number.”

“He told me that I had to respect him, I had to respect the goals he had scored, what he had won and what he represents. I fear nobody and I replied to him writing that I had just said the truth: there is only one Ronaldo and Messi is better than him.”

“He [Ronaldo] continued saying that he has money. He scored more many goals in his career, while I had only scored 150.”

What do you think? Is Messi too humble or is Ronaldo too proud?