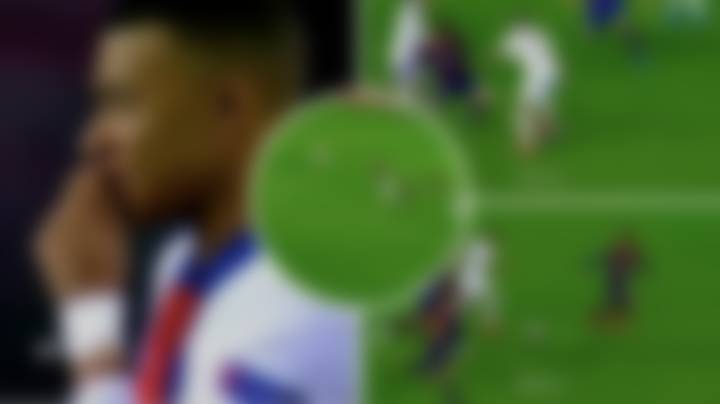 Kylian Mbappe came up with an impressive performance against FC Barcelona as PSG conquered them 4-1 in their Champions League match at the Camp Nou. The PSG forward scored an outstanding hat-trick.

Paris Saint Germain were without Neymar and Angel Di Maria for the Champions League round of 16 first leg. However, their absence was not felt in the slightest bit as Mbappe was in the form of his life. This was his first ever appearance against Barcelona and it is fair to say he impressed the world.

While Barcelona were leading, he scored an amazing clinical goal to pull them back to level terms. Then, he added to more superb goals to complete his hat-trick. The French superstar became the third player to score a Champions League hat-trick against the Catalans.

Watch Kylian Mbappe’s highlights against Barcelona in the first leg of their Champions League tie below:

Mbappe was definitely the superstar of the game, running at the defenders every time he got the ball. He proved to be a nuisance for the Barcelona defenders, Sergino Dest and Gerard Pique. Mbappe did not just score a hat-trick. It was the way in which he dominated the game. It did not look like he was playing with some of the best footballers in the world. He was breathtakingly brilliant throughout, his pace and trickery terrorizing Barcelona’s backline.

The young French superstar moved up to third in PSG’s all-time top scorer rankings on 112 goals for the Ligue One champions and now has 40 goal involvements in 41 Champions League appearances.

Mbappe was not only appreciated by fans, but also by some professional footballers from around the world.

The fact that Kylian Mbappe is just 22 years old is just insane. He outshone Lionel Messi during the entire match. This just goes to show the caliber of the player that he is. We can definitely expect some outstanding performances from him in the future as he is becoming one of the greatest superstars of the world.