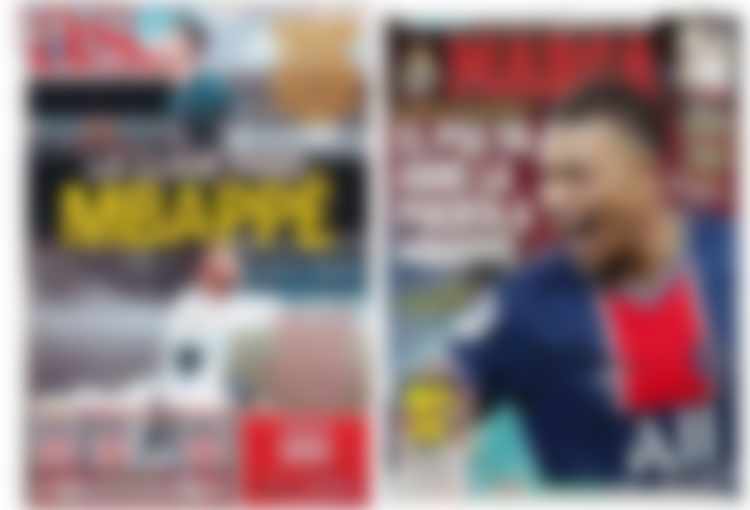 Kylian Mbappe to Real Madrid is a deal done, claims several reports. Mbappe has had his heart set on joining Madrid for almost 2 years now. The Frenchman’s contract expires this summer and he is yet to sign an extension with Paris Saint-Germain.

After finally determining that his future lay outside of PSG, Kylian Mbappe has allegedly agreed to a five-year agreement with Real Madrid.

The 22-year-contract old’s with Paris expires this summer, and there has been much conjecture regarding his future plans.

Mbappe has so far declined to commit to either PSG or Real Madrid, but he suggested that an announcement will be made shortly at the Ligue 1 awards event on Sunday night.

According to Marca, the attacker will sign a contract with the Spanish champions until 2027 after visiting Madrid for talks earlier this week. Mbappe to Real Madrid is almost finalized and will be announced in June.

Real Madrid will keep silent until the player acknowledges that his time at PSG has come to an end and that his goal of joining Los Blancos has come true.

‘This isn’t the right moment but yes, yes… my decision is almost done.’

According to the rumor, Mbappe’s pay at the Bernabeu would be lower than the one he was promised by PSG to stay in Ligue 1 but he is intrigued to join the Spanish giants.

According to The Athletic, Kylian Mbappe has already signed personal terms with Madrid, albeit he has yet to complete any paperwork in preparation for his summer move.

If a move to Real Madrid is confirmed, it will bring an end to a transfer story that has lasted over a year.

Last summer, Los Blancos attempted to sign Kylian Mbappe, but PSG turned down three offers ranging up to £154 million. Now it seems as though Paris Saint-Germain are bound to lose their superstar player for free this summer.

The French young superstar has been phenomenal for Paris Saint-Germain this season. Mbappe has helped PSG reclaim the league crown by scoring 25 goals and assisting on 17 others, leading the league in both categories.

At the awards presentation, Kylian Mbappe was voted Ligue 1’s player of the season for the third year in a row.