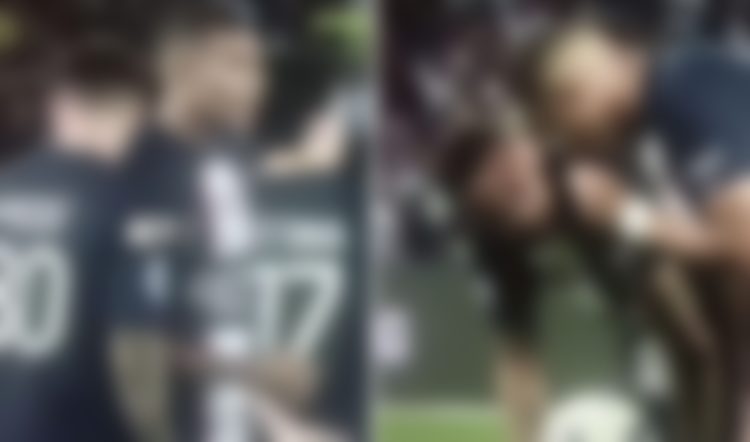 After destroying Clermont Foot 5-0 in their opening match of the 2022/23 Ligue 1 campaign, the champions of France beat Montpellier 5-2 at their home turf at the Parc Des Princes. That made it two wins in two games for the Parisians.

Neymar was the star of the game for Christophe Galtier’s side, the Brazilian superstar scoring two more goals and dropping an absolute masterclass.

Since then a video has been doing the rounds of Mbappe appearing to have an ego the size of a football pitch. Here’s the video clip of him bumping into his teammate Messi and arguing with Kylian Mbappe.

Twenty minutes before Neymar scored the first goal of the game, Kylian Mbappe missed a penalty while the scores were level at 0-0. Even though he failed at the first time of trying, Mbappe demanded that he be given a second opportunity from the penalty spot.

Kylian Mbappe also pushed Lionel Messi while making his way over to Neymar to make his demands, something the Argentinian forward did not look too pleased about.

According to Get French Football News, tensions have risen between the pair in the dressing room over the fact that Neymar is aware of the reports detailing Mbappe’s desire to have him sold this summer.

Mbappe believes there is only room for one of Neymar and Messi in the PSG XI moving forward in the future.