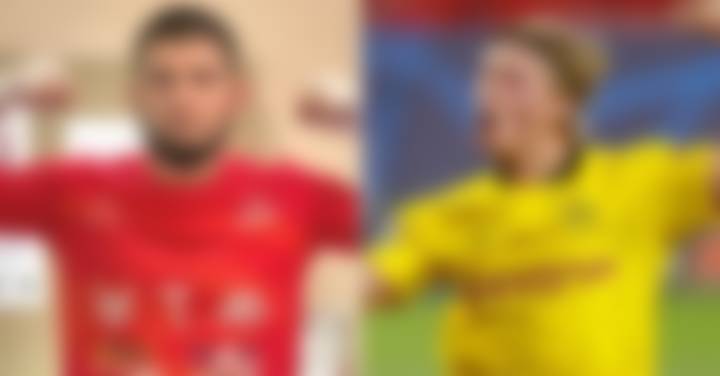 Khabib Nurmagomedov and Erling Haaland exchanged messages on social media, as the UFC lightweight champion referred to the sensational striker a ‘beast’.

Khabib Nurmagomedov is known to be a massive football fan. The Russian prize fighter has exchanged messages and swapped shirts with the likes of Cristiano Ronaldo and Kylian Mbappe. Now, the fighter and the Dortmund striker Erling Haaland have exchanged messages of mutual respect and appreciation.

The Russian fighter revealed on his Instagram that the Borussia Dortmund striker Haaland had sent him his match-worn shirt with a personalised message: “To Khabib Champ!” before signing his name.

Khabib responded: “Thank you so much beast” and tagging in Haaland, who responded “No problem champ” on his own Instagram account.

The striker has been as clinical as one can be, and is already being regarded as the future star of football. He has an excellent technique, along with remarkable speed and strength.

Some fans linked Khabib’s connection to Mbappe and Haaland with Real Madrid. Khabib is a massive Real Madrid fan. With the situation going on at the Los Blancos, there is no doubt, every Real Madrid fan including Khabib would love to see these stunning young talents at the Bernabeu. However, whether that is to happen is still yet to be seen.

What do you think about Khabib linking up with the biggest names in football? Do you think Khabib would be good on a football pitch? Let us know.