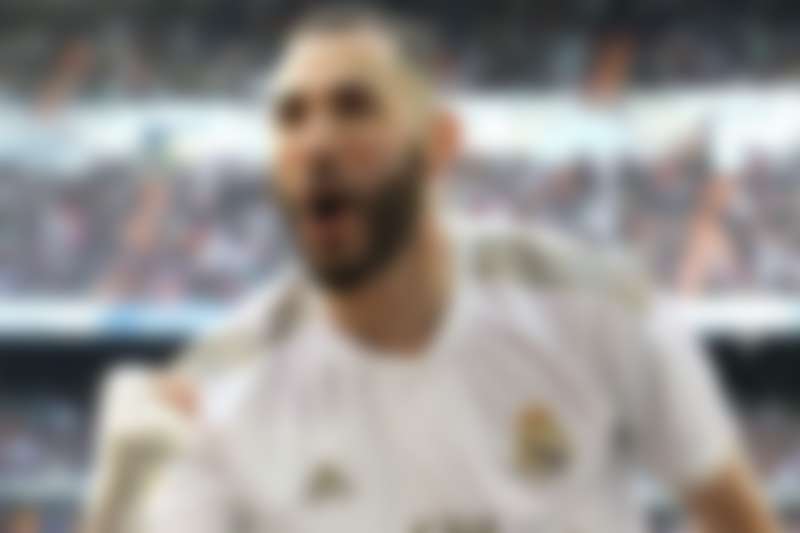 Karim Benzema has revealed that he is in proper good shape to face Paris Saint-Germain in the Round of 16 of the Champions League on Tuesday. The French international suffered a hamstring injury in January in a match against Elche and hasn’t featured for Real Madrid ever since. However, the 34-year-old has traveled to France with the Real Madrid squad and is hopeful of playing against the French Champions.

Benzema traveled to France with his Real Madrid teammates and spent some time with French media to answer a few questions. Talking to the media, Karim Benzema said:

“Spending time on the sidelines is difficult. I’ve been working morning, noon, and night at home and at Valdebebas to be fit for this one. I’m mentally prepared, but now I have to go and see how I feel out on the pitch.

“I’m here to help my team, it’s a massive match and if I play I’ll be giving my all out there. I’ll always force myself for my team, but I won’t go and force things and end up getting an injury because that’d be bad news for the team.”

The 34-year-old striker has expressed his desire to play against the French champions in the Champions League on Tuesday. He labeled the clash between Real Madrid and Paris Saint-Germain as a “special occasion” and wants to get on the pitch to help his club.

“It’s a special game because it’s the Champions League. I feel comfortable when I’m in France with the national team and I’m here today representing my club. People treat me well and I have to go out and perform on the pitch, which is what people want to see from me.”

Karim Benzema has also revealed that he has been putting shifts in individual training to properly recover from his injury and has not encountered any setbacks. The French international striker is hoping to take part in the team training before making the final decision about playing against Paris Saint-Germain.

Benzema is currently thought to have a 50% chance of returning for the game. On Monday, medical staff will keep a close eye on him and must decide whether he is fit to compete again on Tuesday. So other words, Karim Benzema against PSG is a 50-50 chance.

Real Madrid are looking to improve on their performance in the Champions League last season, when they were knocked out in the semi-finals by eventual winners Chelsea. PSG reached the same stage but were outplayed by Manchester City over two legs. So both clubs will be looking to fight hard to reach the later stages of the competition and it’s going to be a fascinating match to watch for the neutrals.