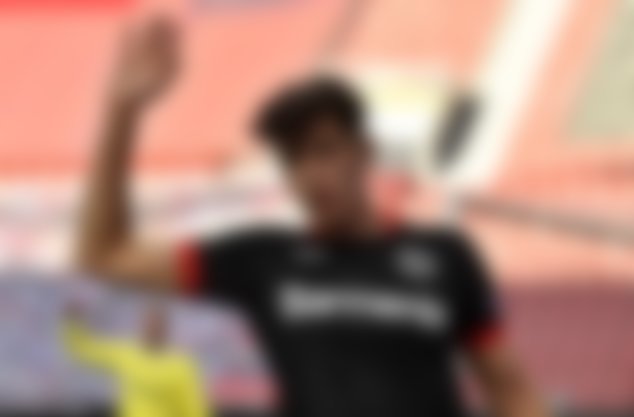 The future of Bayer Leverkusen’s Kai Havertz has been up in the air for months now. After his exploiting form in the Bundesliga, it was only a matter of time that an elite European club would come calling for the German player.

As the season for Leverkusen is over after their knockout from the Europa League by Inter Milan, the rumours that Kai Havertz is set to leave has been intensifying over the days.

Leverkusen CEO Fernando Carro confirmed that Havertz is all set to move in the coming days. The player himself has indicated his desire to play for a bigger club.

“It has always been clear that there will be talks once the Europa League is over for us. Still, there is no formal offer yet,” Carro said.

“Kai has told us about his desire to make the next step. Whether that can be materialised soon, I can’t say at the moment.

“There are several clubs who have Kai in their plans for the future.”

Since making his debut in 2016, Havertz has gone to become one of the best young talents in the world football right now. He has provided 46 goals and 31 assists in 150 appearances in all competitions for the German club. This season, he scored 18 goals in all competition for the club.

Who will make the first move for Kai Havertz?

A month ago, Leverkusen’s manager confessed that Havertz have already made his decision. But the manager didn’t disclose what the midfielder might have decided.

As Carro said, a lot of clubs are following Havertz’s situation. Leverkusen are holding out for a fee of around €100 million (£90m/$118m) for their prized asset. It is widely rumoured that Chelsea are leading the race to sign the player, but are reluctant to pay the sum for the player.

United are also believed to be in the race to sign the 21-year-old German if their move for Jadon Sancho falls out.