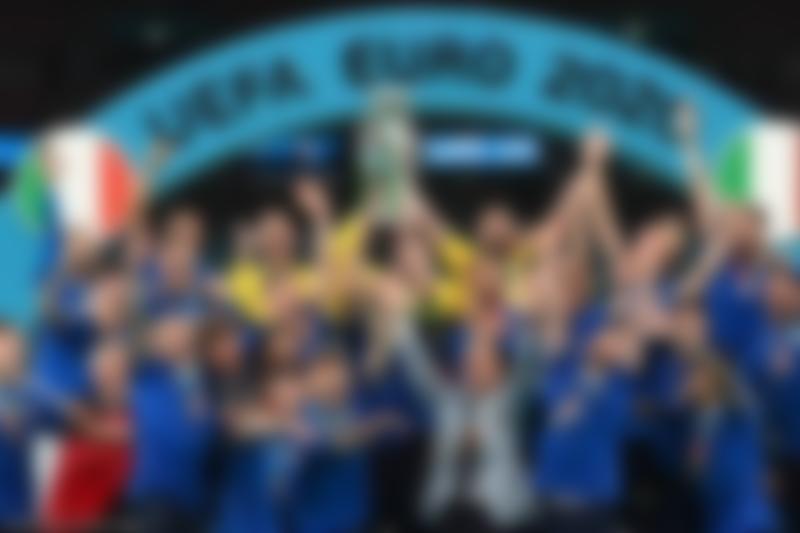 The most anticipated game of the year ended in a dramatic fashion as most of us would have expected it to end. Italy wins the Euro 2020 and gets its redemption of 2018. Joy and ecstasy for Italy while the pain for England fans yet again. The emotions in the Wembley stadium were tangible last night.

A positive for England side on this unreal night? That, with such a talented team, it is unlikely that they will have to wait another 55 years to walk this path again. And they could also be better prepared subsequent time if it’s in time. These talented players, even this manager can do so much better. It’s the start that England wanted. A start that could lead to great achievements in the future.

Italy were stubborn and strong until the end. Even in the penalty shootout where they missed a couple of penalties but still managed to get over the line. The Italians held their nerves on the biggest stage and got the job well done. Italy wins the Euro 2020 because Italy are a very passionate team. The best on the continent. Better than Spain, Belgium, France, Germany, better than England, too.

England scored, from their first attack in the 2nd minute of the game. Luke Shaw slammed it home after a wonderful cross from the other full-back Kieran Trippier. The crowd went berserk and it was an unreal feeling for the English fans. Exactly the start that England wanted. Now their task was to potentially score another goal or defend the lead. England opted for the latter part but they just fell short.

The first half ended 1-0 to England. Italy started the 2nd half by knocking at the door and applied immense pressure on the English defense.  As England started to sit deeper, so Italy’s grip on the game grew stronger. Harry Maguire misjudged his first pass during the game and conceded a silly corner, from which Italy’s Leo Bonucci scored and equalized. It was the moment when England were not first to the delivery. Marco Verrartti won the physical battle against Mason Mount and steered his header towards the goal. Pickford saved it but Leonardo Bonucci was first to react, the victor in a traditional goalmouth brawl.

Italy got many chances after equalizing, but they couldn’t take their chances. The game went to the extra time, but the score remained the same. The penalty shootout seemed inevitable now. Perhaps the worst way for any team to lose a final. England’s manager sent Marcus Rashford and Jadon Sancho to the pitch to take the penalties.

It appeared to be going England’s way twice. Pickford saved Belloti’s penalty and the crowd went berserk. They thought they had it. But then England missed a few penalties and it seemed like it was all over until Jordan Pickford saved again by tipping anchor man Jorginho’s fifth against a post, a quite brilliant save.

In between the fearlessness, the arrogance, the rejection of past traumas that was in the DNA of this England side, somehow ruined them.

Marcus Rashford and Jadon Sancho were brought in to take the penalties. They couldn’t get the job done and missed their penalties. Finally, the 19-year-old, Bukayo Saka, the smiling star of the team was left in tears when his penalty was saved by Italy’s goalkeeper.

Bukayo Saka looked absolutely devastated in the end. In some ways, he couldn’t have a far better manager to urge him through this. You have to feel bad for the 19-year-old and you have to feel the pressure on the young man’s shoulder.

We can all agree that the better team won. It came down to the penalties and the ultimate test of the nerves. The better team held the nerve and got the job done. Quite amazingly, Italy, now 34 games unbeaten, are further ahead of where England stands now. Just. But perhaps they will not always be. That’s all English fans can cling to. Hope.

The great nation of England is home to the Wembley stadium. Wembley is home to a country that has never got used to this kind of wait. Home despite the expectations, the critics, the talent, the passion, the doubters. Home, despite it all. That one dream, that every person in England dreamed of, was sadly not to be. The prologue was ecstasy, but the epilogue turned out to be painful.

England is back to talking in past and future tenses again. What was, what could be. For a brief moment – and the first 65 minutes during which England led – it had been possible to speak within the present. The here. The now. England were bringing it, just like the song says, home.

The fact is, England took the lead early but could not keep it and were drowned in Italy’s pressure. Italy had the better chances but could not set it apart in the open play. The game needed a penalty shootout, the worst way for any team to lose. It all went down to the individual performances. Some individuals succeeded, some failed. England as a team, as a group, did their nation proud and fought like warriors. England has talented individual players, but they couldn’t get over the line when it mattered the most, in the shootout.

England’s manager Gareth Southgate takes responsibility for the final defeat and said:
“That is my responsibility. I chose the guys to take the kicks. I told the players that nobody is on their own in that situation. We win and lose together as a team. They have been tight throughout and that’s how it needs to stay.”

”The boys couldn’t give more. Penalties are the worst feeling in the world when you lose,’ he said.

”It was a fantastic tournament. We should be proud, but of course, it’s going to hurt for a while. We’re on the right track, we’re building, and hopefully, we can progress from here.”

Both teams deserved to win. Both teams did so well in the tournament and went all the way. But there could only be one winner, and the better team won.

Unfortunately for English fans, it didn’t come home, it went to Rome. Congratulations to Italy for having a tremendous tournament and winning the biggest prize in the end.