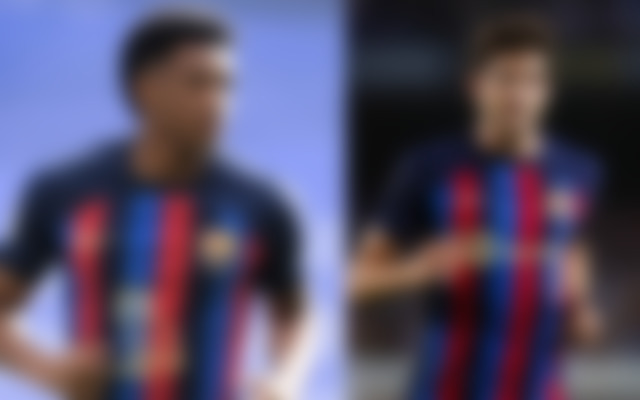 Left-back from Spain Jose Luis Gaya sprained his right ankle on Wednesday, just before the last round of warm-ups for the Spanish camp, forcing him to miss practice. Meanwhile, sources indicate that Alejandro Balde may be on his way to his first World Cup this year.

The player suffered a low-grade lateral sprain, the Spanish Football Federation said, adding the MRI findings will assist identify the degree of the injury and project out future developments, but a replacement is not ruled out.

Diario Sport reports that two players already under contract with FC Barcelona, Marcos Alonso and promising prodigy Alejandro Balde, are among the candidates to replace the injured Spaniard.

When Alonso moved from Chelsea to Camp Nou, he was immediately thrust into a more important position, and he has even looked rather comfortable playing center-back.

Although not the swiftest or most powerful player, his experience and positional sense more than makeup for his lack of speed and power.

Young La Masian Alejandro Balde has blossomed this year with Xavi Hernandez as his coach. He is fast, strong, and agile, and can contribute on both offence and defence.

His goal-scoring and assist-generating prowess, as well as his aerial dominance, go mostly unrecognized. It would be a dream season come true for the young player to be called up to play for his nation in Qatar.

Balde is an attacking full-back who has also shown great versatility by playing in the right-back position.

Alonso, whom Enrique has selected for the Spanish national team in the past, has performed admirably since joining Barcelona this past summer.

It is unclear whether Gaya’s injury is severe enough to force him out of the tournament, as per FIFA regulations, which allow countries to name a replacement for an injured player in the squad. One of Balde or Alonso might get a last-minute call to make the trip to Qatar.

I would've loved balde to be the one! He's a utility player. https://t.co/0wyFRw4TRZ

Even Gaya? Nah, FIFA is messed up. https://t.co/e4pGzNLqy8

We all know that the Spanish national team is Barcelona https://t.co/cfBAx3Zh7V

It will be CRIMINAL to pick Alonso over Balde https://t.co/QaMUDUIM9k