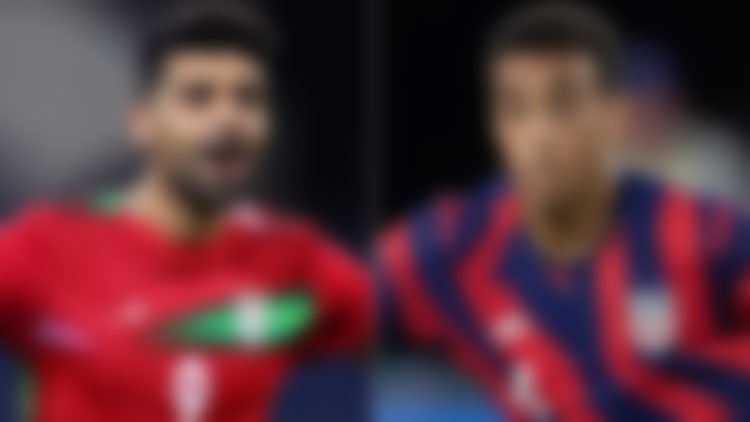 Alireza Jahanbakhsh, formerly of Brighton & Hove Albion, was sent off late in Friday’s match after a high-footed challenge on Chris Mepham of Wales, earning him his second yellow card of the tournament and forcing him to miss Iran’s final Group B match.

After clearly struggling for the entirety of his 68 minutes against Wales, star man Azmoun is a doubt for Team Melli, but Queiroz may risk the attacker from the start on Tuesday due to the quality he adds to the side.

Alireza Beiranvand, who sat out the match against Wales due to concussion protocol after suffering a nasty head injury in Iran’s opening World Cup match against England, is eligible to return in this crucial matchup if Queiroz decides to bench Hossein Hosseini, who kept a clean sheet on Friday.

Before Tuesday’s game, the United States had no new injury concerns, but the media and fans were concerned about the lack of playing time for Giovanni Reyna of Borussia Dortmund, who has only played for 15 minutes in this World Cup.

The United States made one change to its starting lineup from its match against Wales, with Haji Wright starting in place of Josh Sargent. Berhalter is still looking for a consistent striker to lead the team’s attack as he searches for the Americans’ elusive clinical touch.

The midfield trio of Adams, McKennie, and Yunus Musah has been tremendous so far in this World Cup, and Brenden Aaronson of Leeds United has played his part off the bench in the last two matches and looks set for a similar role on Tuesday.

After a shaky start against England, Iran is back on track at this World Cup, but they must now face a United States team that appears to be a formidable opponent for any team.

Berhalter’s men haven’t matched their energetic performances with three points yet, but they should have more than enough to advance against an Iranian team that may be without Azmoun.