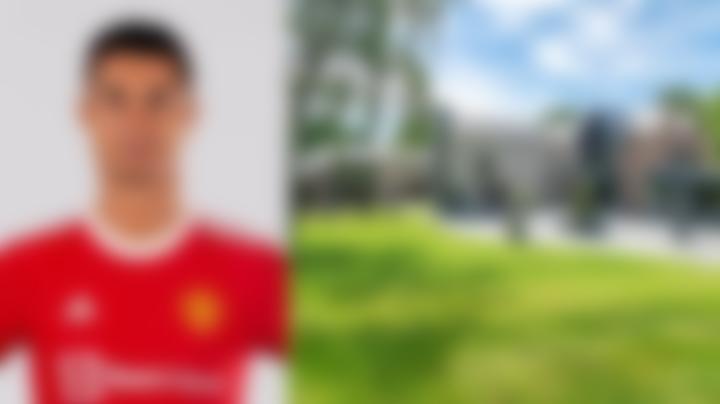 Following his sensational move back to Old Trafford, Cristiano Ronaldo moved into a luxurious multi Million pound mansion in England as he prepares to live along with his family in England.

Cristiano Ronaldo is ready to embark on his journey for a second spell at Manchester United after 12 years since departing the club as a legend.  Ronaldo told United’s official website in an exclusive interview: “I’m so happy to be home.”

Fans waited impatiently outside his seven bedroom mansion in order to catch a glimpse of the superstar. Ronaldo has already began his five-day COVID isolation in his new house. The Portuguese superstar flew into England by his private jet. He travelled with his girlfriend Georgina Rodriguez and their children Cristiano Ronaldo Jr, 11, Alana Martina dos Santos Aveiro, 3, Eva Maria Dos Santos, 4, and Mateo Ronaldo, 4.

Photographs from inside the mansion reveal a swimming pool, gym and cinema room which Ronaldo will be able to enjoy with his young family. The property, which the club has rented for the star following his stunning £12.85 Million transfer from Juventus, also comes with a six-man strong security team that will patrol the property day and night.

Cristiano Ronaldo will now spend time in quarantine before going to United’s Carrington training ground to meet his team-mates on Wednesday. The superstar is rumored to be earning around £450,000 a week.