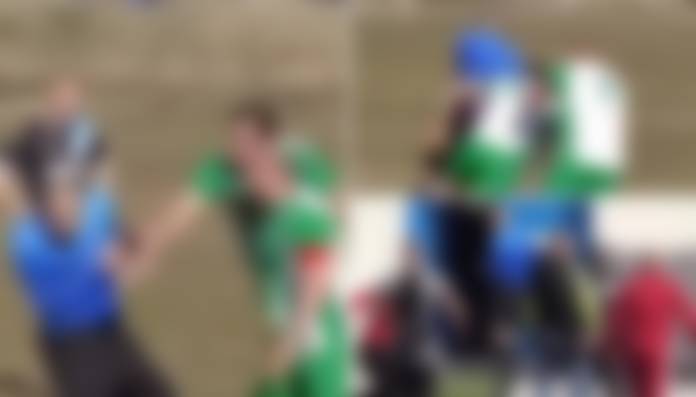 The match between Kostinbrod and Tornado Bezden in the 4th division of Bulgaria was stopped at the 21st minute. The reason is a fight between the players and the referee.

Kostinborg’s player is penalized in midfield. The foul was not rude, so the referee Vasil Tsoklinov did not give the card and verbally warned the player. The guests did not like the lack of punishment. Former player of the Bulgarian national team (2 matches), 44-year-old Kaloyan Karadzhinov ran up to the referee and began to argue with him very loudly. Karadzhinov wanted the referee to give a card to the opponent. During the conversation, the football player began to push the referee.

Then the captain of Tornado Georgiy Georgiev entered the episode and tried to knock the card out of the hands of the referee. After that, Karadzhinov tried to hit the judge. Tsoklinov ran to the locker room, followed by Karadzhinov, Georgiev and the Tornado coaches.

When the referee reached the edge of the field, he whistled and stopped the match. But he changed his mind and did not go to the locker room. Tsoklinov ran towards the parking lot. The Tornado football player and coaches ran after him and even kicked the ball. But the referee was able to get away from them, and the aggressors were stopped.

The video was uploaded to the Internet by Nikola Penev. The former operator of CSKA Sofia posted it on Facebook with the caption “Finally, I managed to film the interrupted match.”

You cannot attack the referee, even if he made the wrong decision. But in the 4th division Bulgaria seems to have fallen behind the football norms. We hope that the perpetrators will be punished and the aggressors will be disqualified.

Do you think the aggressors should be removed from football?