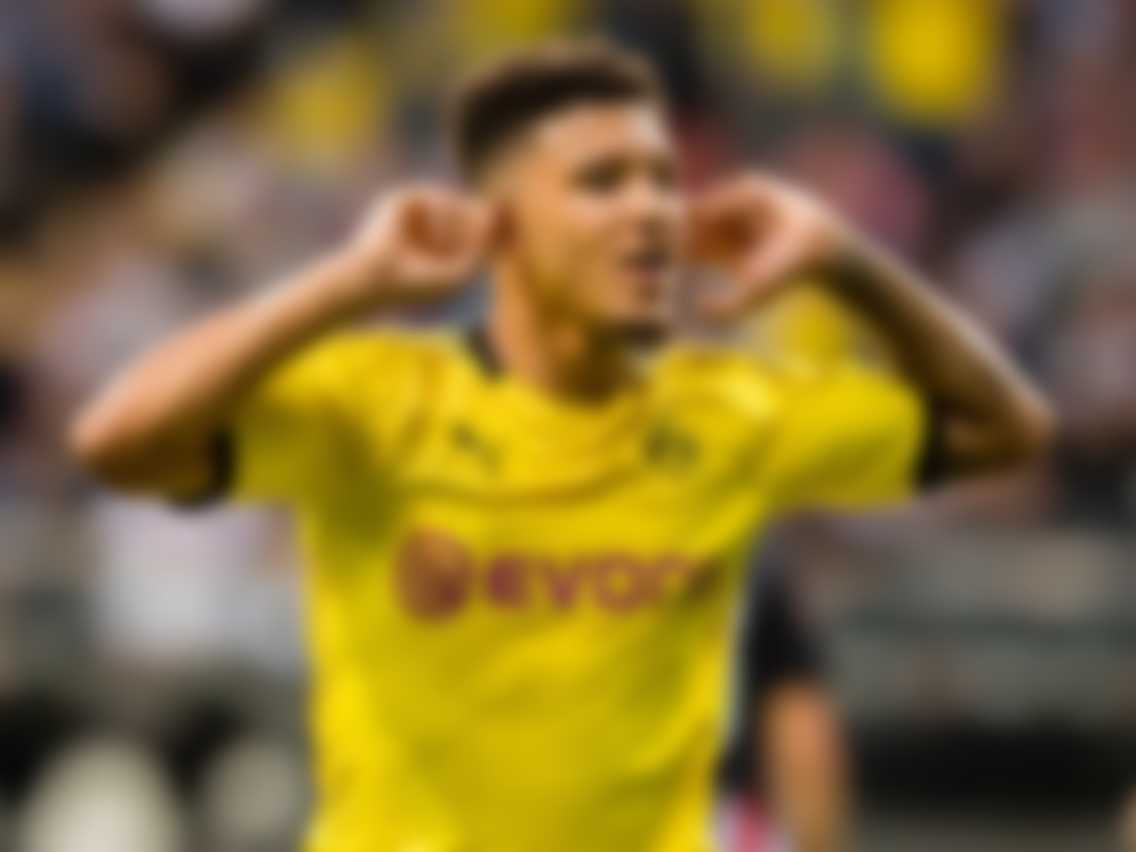 Jadon Sancho delivered a major transfer blow to Manchester United by claiming that he is happy with the Dortmund squad.

Manchester United have been courting Sancho for a while now and are adamant that they can make a deal go through. However, the Red Devils are still short their valuation of the winger, whom Dortmund value at €120 million (£108m/$142m). In the latest transfer saga between United and Sancho, the English winger professed his happiness with the team.

“I love playing with this lot. It is a special bunch. We’ve got some special young players coming up. I am really happy to share the pitch with them and guide them.

“I was once in their shoes, playing with the seniors. I am happy for them.”

It was believed that the only way the transfer could go through is by Sancho handling in a transfer request to Dortmund. However, Sancho’s comment will put an end to such speculation. Rather, he is looking to become a leader and guide the young players in the BVB team, even though he might just be 20 years of age.

“I joined [Dortmund] when I was 17,” Sancho said. “Some of the lads are the same age. I’ve been there and done that. I can guide them in what’s good and what isn’t. I can hopefully motivate them as well.”

“Jadon Sancho will play with us next season,” Zorc said. “The decision is final. I think that answers all the questions.”

Sancho has emerged as one of the best talents in the world football right now after his move to Dortmund in 2017. This season, he contributed to 17 goals and 16 assists in the league.

United are in a hunt for a right-sided forward for the upcoming season. While Sancho remains their primary target, United have identified other targets in case the deal doesn’t go through. It is also rumoured that United could rival Chelsea for Kai Havertz.