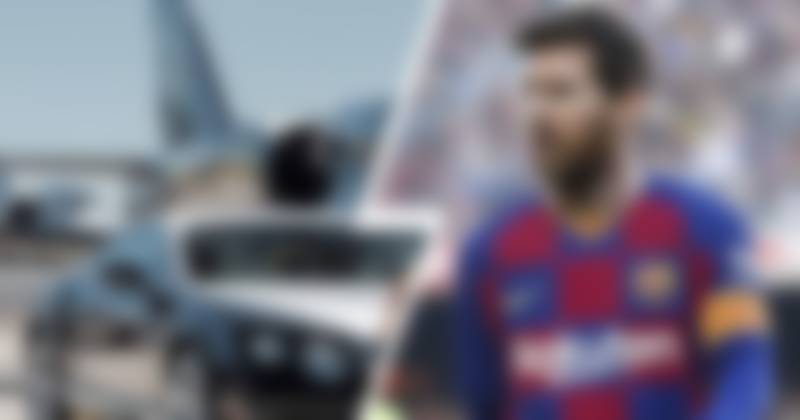 Lionel Messi is one of the greatest players to ever set foot on a football pitch. Thus, it should come as no surprise to find out that he is the highest-paid player in the world. He is one of the top 10 richest football players in the world but how much money does he exactly make?

Taking a brief look at his amazing career, he made his official debut with FC Barcelona in 2004. Since then, he has dominated the sport alongside Cristiano Ronaldo for more than a decade. Messi has become a legend for the club. He has won the Ballon d’Or a record six times and also holds Barcelona’s all-time records for appearances and goals. If we take a look at his trophy collection, the forward has won La Liga ten times and the Champions League four times.

The FC Barcelona superstar has earned some wealth over the years. Below is a look at some of the financial assets of Lionel Messi.

What is Lionel Messi’s net worth?

At the start of 2021, Messi had a staggering estimated net worth of $400 Million. Lionel Messi car collection is worth $50 Million and his house is worth $20 Million.

How much does Messi earn?

Lionel Messi is the highest earning football player in the world. According to Forbes, his total earnings for the calendar year of 2020 were around $126 Million. This put him slightly ahead of Ronaldo ($117 Million), with Neymar ($96 Million) the only other footballer in close proximity to them.

However, Messi earns slightly less than Ronaldo when it comes to endorsements and commercial activities. He scooped up $34 Million in that category compared to $47 Million for the Portugal international.

Breaking down the earnings of Messi into shorter time-frames generates some mouth-watering results. The $126 Million he earned last year means that Messi earns $10.5 Million per month and a weekly wage of over $2.4 Million. Thus, the daily earnings of Messi are $345,000. Digging even deeper, the Argentina forward makes over $14,000 every hour, $233 per minute and almost $4 every second.

Over the course of his career, Messi has already earned over $1 billion before taxes and expenditure.

The most notable sponsor of Messi is Adidas, with whom he has signed a long-term deal. The Argentinian wears the brand’s boots on the pitch, as well as endorses a number of products for them.

Messi represents, or has represented, lots of global companies, using his star power to promote them. MasterCard, Pepsi, Gatorade, Huawei, Dolce & Gabbana, Gillette, Turkish Airlines and Audemars Piguet are among them. The FC Barcelona legend has also represented Konami as the face of Pro Evolution Soccer and EA Sports for their FIFA gaming series.