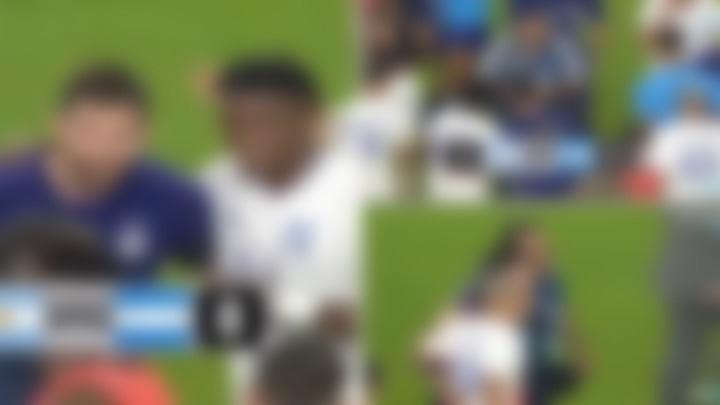 Lionel Messi was the star of the show during Argentina’s friendly match against Honduras. There was another stunning moment after the game, when all the players and staff lined up to take pictures with the Argentina superstar.

The friendly match was played at the Hard Rock Stadium in Miami, Florida. Lautaro Martinez was the first to get on the goal sheet. Lionel Messi scored twice, one from the penalty spot and another with an outrageous chip over the goal keeper.

The game was not all full of love and praises by Honduras for Lionel Messi. In fact, Honduras player Deiby Flores hit Messi with a fiery shoulder bump. This sparked a full on brawl between the two teams.

Messi was on the deck holding his face while it all went off, though eventually things were diffused and Flores received a yellow card for his challenge.

After the game, Lionel Messi had his own meet and greet with the Honduras players. All the players as well as the staff lined up and bombarded the Argentine with selfie requests.