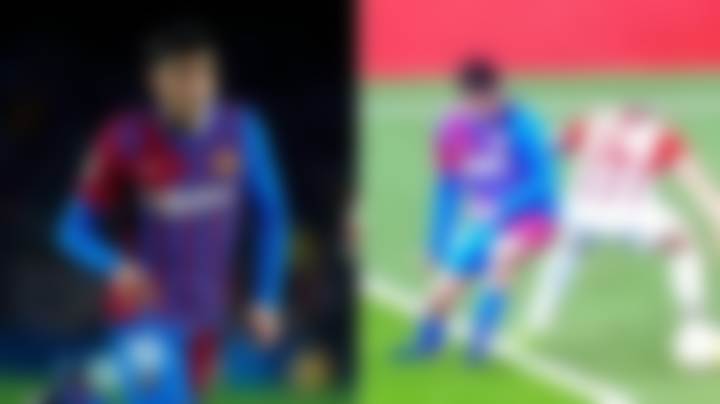 It had been a pretty rough start for Xavi as the new manager with loads of expectations back at the Nou Camp. He suffered defeats to Real Madrid and Athletic Bilbao and saw them knocked out of the Supercopa and Copa del Rey. Apart from that, they were struggling in the battle to finish in the top four in La Liga. Thus, they would have been out of the Champions League.

However recent weeks, and the January signings, have seen the team start to turn things around and on Sunday they beat Bilbao 4-0 in the league.

It was their fourth win in the past five games in La Liga, since losing to Athletic in the cup, and it was the performance of Pedri that left fans purring.

The midfielder, who at the beginning of the season looked extremely exhausted after playing in the Euros and the Olympics, was back to his best. That is a scary level for a 19-year-old, and his personal highlights reel shows how he pulled the strings in the center of the midfield.

There was a moment in the game when Pedri nut-megged an Athletic Bilbao player and the crowd went absolutely wild, chanting him on.

It wasn’t just the fans praising the young FC Barcelona player, and comparing him to Andres Iniesta, with his manager even joining in with the comparison.

“He reminds me a lot of Andrés Iniesta,” Xavi said to reporters after the game. That is high praise indeed considering Iniesta was his midfield partner for so long.

“If we’re talking about pure talent, Pedri is the best in the world.”

“He is a wonderful player. I haven’t seen many talents like him.”