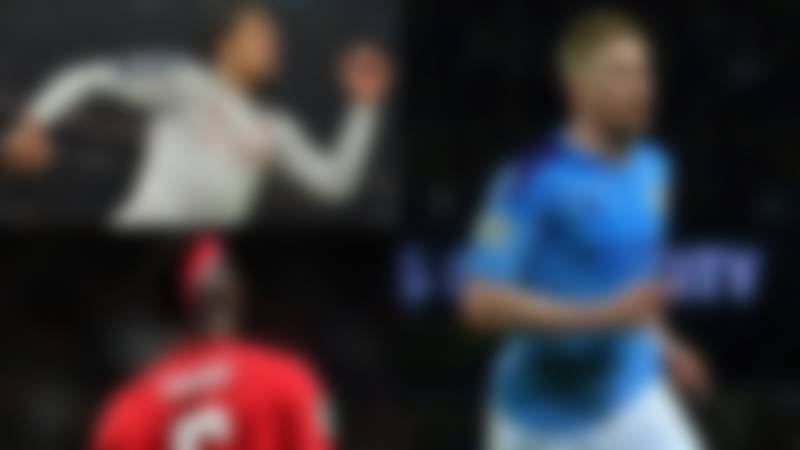 Football a sport full of money and money is involved everywhere. Premier League is one of the richest leagues in the world and when it comes to player’s salaries and weekly wages, no clubs can pay as well as the Premier League clubs. Let’s find out every highest-paid player at each EPL club.

It is of no secret how much Premier League players earn and this summer has also seen some eye-watering contract extensions. Even with the financial strain of the COVID-19 pandemic, a few mega deals have been signed-in in recent months. The highest-paid Premier League Players of 2023 mostly come from the Top 6 clubs, as they have always had the most paid players in the English Premier League in order to have the edge and compete for the title.

As you will later see in the article, the Premier League top earners are some of the best players in the league because being the best usually demands high wages and salaries but it’s also interesting to note that some of these players don’t always produce quality on the pitch and because of their high salaries, they cause a lot of controversy amongst fans and the critics.

The Gabonese international has now put pen to paper on a new £375,000-a-week contract as a reward for proving his worth as one of the world’s best forwards in football. Pierre-Emerick Aubameyang is now the highest-paid player in the Premier League beating Manchester United’s David de Gea in the first place.

In today’s game, good goalkeepers are in high demand and there is a lot expected of them. This means that if a goalkeeper can meet those expectations then their value will be sky-high. Manchester United’s first-choice goalkeeper, David de Gea is the highest paid Premier League player and Manchester United player and is understood to have signed a £375,000 per week contract.

The Belgian is arguably one of the top 3 players that are playing today. His journey to reach this point of success is an inspiring one. Kevin de Bruyne is Manchester City’s highest-paid footballer in EPL.

Maybe the most controversial player on this list, the German Superstar was once the highest-paid footballer in EPL. Mesut Ozil is still one of the most paid players in the Premier League. Ozil still earns the same as Aubameyang, but his contribution at the Emirates since signing his new deal has been poor, to say the least.

The German international earns £375,000 a week that amounts to £18.2m a year, making him the second-highest-paid player at Arsenal.

With Ozil not being included in Arteta’s plans for the future, Arsenal just can’t afford to have him on the payroll. Mesut Ozil has made a name for himself by being the player with 4th most assists in football history.

Raheem Sterling is the second Manchester City player on the list of highest-paid player at each EPL club. Under Pep Guardiola, he has been getting 17+ goals each season which is an incredible number since he used to play as a winger during his time at Liverpool.

Pogba’s performances at Manchester United never reached the level that he produced at Juventus or even the French national team and United fans saw that every week. Then he became prone to injuries at Manchester United and fans was left infuriated by it. He lost much of the 2019-2020 season due to injuries but he hopes to get back to his best in this Premier League season. Paul Pogba’s partnership with Bruno Fernandes might be the missing puzzle to his performance at the Old Trafford.

Still, Paul Pogba is one of the highest-paid player at each EPL club, earning £290,000 per week and making £15 million a year. Paul Pogba also has a huge fan following on Instagram where he makes money with sponsored posts.

Gareth Bale re-united with Tottenham from Real Madrid on a season-long loan and has become Spurs’ highest-paid player in doing so. Tottenham Spurs will still pay the Wales superstar in excess of £220,000-a-week, with Real continue to pay the rest of his £600,000-a-week deal. No other player at Tottenham have wages more than Gareth Bale.

Mohamed Salah is certainly one of the best Liverpool players in the Premier League era. He has helped them win the League and Champions League in style, with himself scoring numerous times each year and bagging 2 Premier League Golden Boots on the way. His achievements with The Reds are impressive but he also has the love of the fans.

The Egyptian king signed a new contract extension in 2018, which made him the highest-paid Liverpool player at the moment. Mo Salah’s salary is £220,000-a-week equivalent to £15 million a year.

Salah scored 19 goals and assisted 10 more in Liverpool’s Premier League winning season. His impact on their season was massive, a feat that he has replicated in every season he has played for the Reds. Mo Salah is arguably one of the most consistent players in Premier League.

Ben Chilwell, who joined Chelsea in a £50 million deal from Leicester City this summer, has signed a deal that is worth up to £190,000-a-week. Before the arrival of Ben Chilwell, goalkeeper Kepa was Chelsea’s highest-paid player.

Becoming club’s highest-paid player right after joining is a bit odd but that’s Chelsea for you. But it is up to Chilwell to prove his critics wrong by performing well in the left-back position for Chelsea, where the club always struggled. Maybe Chelsea has finally found the missing piece in their defense.

The English international signed a new contract extension at Leicester City this summer. The new contract extension saw him become Leicester City’s highest-paid footballer. After playing such a vital role in the club’s unexpected Premier League title, Vardy has been rewarded for his continuing presence at the top of the scoring charts. Jamie Vardy also won the Premier League golden boot last season.