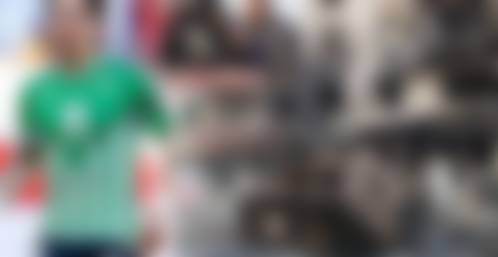 Arsenal defender Hector Bellerin has lashed out at the amount of interest in Russia’s war conflict with Ukraine, claiming it is ‘racist’ and ‘sad’ that other similar conflicts have not been given the same attention.

Russian president Vladimir Putin decided to wreck havoc in Ukraine last month, accusing the Ukrainians of being a threat to their security and claiming his goal was to ‘demilitarize’ the country and rid them of ‘Nazi’ leaders.

The world has been shocked by the devastating images and clips of the war following four full weeks of fighting. Hundreds of innocent Ukrainian civilians have been killed in sickening scenes that have led to an outpouring of support for Ukraine across the globe.

Hector Bellerin, who is currently on loan at Spanish team Real Betis, has now questioned why most countries have been more concerned with the latest war, having previously ‘turned a blind eye’ to previous conflicts, such as in Palestine, Yemen and Iraq.

“I find it pretty grim seeing how we’ve been so interested in this war, but there were others that we didn’t bother with,” he told Marca.

“I don’t know if it’s because it could affect us more economically or in terms of refugees, but the war in Palestine has been silenced and nobody has talked about it. It happens in Palestine, Yemen, Iraq… now we’re deciding whether Russia will play in the World Cup or not. In the end these are things that other countries have been doing for many years.”

“It is racist to have turned a blind eye to other conflicts and now to have this position. It also reflects a lack of empathy for the number of lives lost in many conflicts and we are prioritizing those that are near to us.”

The football world has been incredibly supportive of Ukraine, with a number of teams paying tribute to the country. In the Premier League, Everton and Manchester City – who have Ukrainian defenders Vitaly Mykolenko and Oleksandr Zinchenko in their ranks respectively – lined up before their match last month wearing blue and yellow t-shirts, with Everton draping themselves in a Ukraine flag.